East Bengal will be looking to bounce back from their 1-0 loss to Mumbai City when they take on FC Goa in the  2020-21 Indian Super League (ISL) clash on Friday.

Goa are expected to be without key players in their backline with Ivan Gonzalez suspended and James Donachie doubtful due to injury. The Kolkata-based club’s assistant coach Tony Grant has perceived the situation as a good opportunity to get points against the Gaurs.

“It’s certainly an opportunity. We ourselves lost our captain (Daniel Fox) earlier in the season and it doesn’t help. Of course, every team is always going to hurt when you lose two of your better players. So it’s going to increase our opportunities,” he stated.

The former Bristol City midfielder went on to praise the standard of the competition from what he has witnessed over the past seasons.

Grant also seemed to take a dig at the level of refereeing and said that East Bengal chances to get into the play-offs would rely on much more than just their performance.

“We go all out to win for every game. This season, we’ve had three games with 10 men. We get to know the players. So the first 10 games were almost trial games because we don’t know the players. Sometimes, a penalty can be the deciding factor of whether you win or draw (or lose), or maybe (it could be) a bad decision. So it’s such a fine line,” he remarked.

The team has looked better since the addition of Bright Enobakhare in the January transfer window. Quizzed over the best role for the Nigerian forward who hasn’t found the back of the net in the last four games, the East Bengal assistant coach insisted that the club knows how he can be used against their opponents.

“We will use our experience and figure out where to play Bright. He has been fouled more times when he touches the ball. He needs some protection. When he scored that goal against Goa, he played behind the striker that day. Every game is different. Some players have a great game when you play them upfront, some players when you drop them (deeper),” the Englishman mentioned.

Thu Jan 28 , 2021
The Nigeria international midfielder came off with a hamstring problem during Wednesday’s draw with Carlo Ancelotti’s men Leicester City manager Brendan Rodgers has offered an update on Wilfred Ndidi, downplaying the weightiness of his injury against Everton. The Nigerian midfielder was handed his 11th Premier League appearance of the season, […] 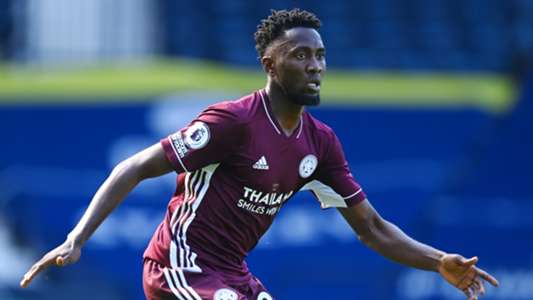