It is not every day that a Sergio Lobera side manages to enjoy just 40 per cent of ball possession and play fewer passes than their opposition but Friday’s match was one of those rare occasions when Mumbai City were not allowed to dictate terms by East Bengal but still the Islanders managed to pick up three points from the tie.

Robbie Fowler is a coach who is not known for sticking to a particular style of play and deploying the same formation in every match. Against Mumbai City, the British coach fielded his team in 4-2-3-1 formation in order to keep a check on the middle third from where the Islanders are extremely dangerous.

The tactics somewhat worked for East Bengal in the initial stage as neither Hugo Boumous nor Ahmed Jahouh were able to penetrate much down the middle. But Mumbai instead tried to exploit the flanks and especially from the left. East Bengal right-back Ankit Mukherjee struggled to keep Bipin Singh and Vignesh Dakshinamurthy at bay as the two players constantly posed threats from his side.

The Red and Golds kept ball possession in the first half and were playing passes among themselves but there was not penetration. There were too many square passes and back passes which meant Mumbai goalkeeper Amrinder Singh was not troubled yet. In fact, the Kolkata club had only one proper goal-scoring chance in the entire first half.

The Islanders, on the other hand, could have finished the game in the first half itself. Other than Mourtada Fall’s goal, Mumbai, on three occasions came very close to score, especially Adam Le Fondre who failed to convert a header from a handshaking distance.

Failing to score an insurance goal could have hurt the Islanders badly in the second half as East Bengal were a completely different outfit. Fowler made a couple of changes bringing in Rana Gharami and Mohammed Rafique. With Gharami in, East Bengal opted to field a three-man defence.

In the second half, East Bengal started dictating proceedings, in a role reversal with Mumbai City. They controlled the game for the majority of the time and exchanged passes at will and unlike the first half, they showed intent upfront.

Mourtada Fall was undoubtedly the star of the match who had an excellent outing against the Kolkata side. His all-round performance on the field made sure Mumbai walked out of the game with full points. Other than scoring the all-important goal in the first half, he remained rock solid in defence and dealt with every East Bengal attack calmly.

Sergio Lobera, after the match, admitted that the second half display of his team wasn’t the performance he had expected and even suggested that they were lucky not to drop points.

“When you see the stats, we lost the possession of the ball and it is difficult for us when we are playing this way. Obviously, we need to improve. We were lucky about the result in the second half because they played very well,” said the Spaniard after the match.

It is true that Mumbai City were far from their usual best but they have set the bar so high for themselves that even a decent performance looks below par. The positive thing (scary for the teams) from this match is that Mumbai even, on their off days, are getting wins. That is how efficient the Islanders have been this season.

There are positives for Robbie Fowler as well from this match. East Bengal have looked to be a confident and it seems the weight of expectations have been lifted off their shoulders. The only thing the Liverpool great must work on now is the finishing as they need to be a lot more clinical in front of the goal. If they can stitch together a winning run, a play-off spot will not be beyond the realms of possibility.

Sat Jan 23 , 2021
Jackichand knows a thing or two about moving from one club to another… Since 2014, Jackichand Singh has played for eight teams and that includes five Indian Super League (ISL) clubs. If Jackichand’s Instagram bio doesn’t contain the word ‘wanderlust’, we riot.  The winger from Manipur started his career with […] 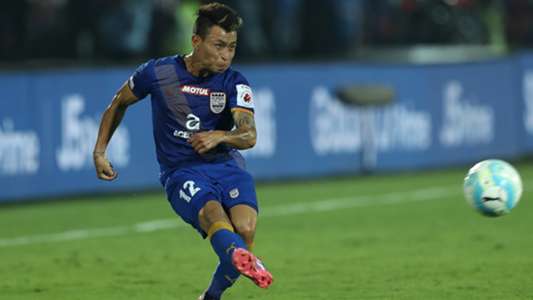