Edin Dzeko insists Roma will not be “scared” of Manchester United in the Europa League semi-finals, despite the Red Devils being “favourites”, with the former Manchester City striker excited by his rekindling of a “derby” rivalry.

The experienced Bosnian is preparing to take in a first visit to England since he bid farewell to the Etihad Stadium in 2015.

He is aware that a tough test awaits him at Old Trafford on Thursday, but the 35-year-old – who enjoyed Premier League title success while with City – believes anything is possible in pursuit of continental glory.

Dzeko told UEFA’s official website: “You don’t get to play semi-finals every day.

“We know their strength, and Manchester United are certainly favourites, but the very fact that we’ve got to the semi-finals gives us the right to believe.

“We know that we have quality, too, and first of all, as a team, we have to act as one. Then, anything is possible.

“When you’re playing in the semi-finals, [lifting the trophy] is certainly the ultimate aim. Maybe, at the beginning of the Europa League you don’t think so long term, but when you’re so close it’s certainly the aim.

“Ahead of us, we have one of the strongest opponents of the last 20 years in European football, and it won’t be easy at all. We’re aware of that but we don’t have to be scared. Anything is possible.”

He hit 72 goals through 189 appearances for the Blues, helping them to title glory on two occasions while also collecting FA Cup and League Cup winners’ medals.

A move to Roma was sanctioned after slipping down the pecking order, with the target found on 117 occasions while in Italy, but Dzeko still has fond memories of his time in England.

He added: “Since I left Manchester City six years ago, I’ve never been back.

“It will be a special game for me, since it was a derby for me until a few years ago. European games, especially against those kinds of opponents, are something special.

“I expect the game against Manchester United will be special for all of us, and I hope that it turns out well for us.”

Tue Apr 27 , 2021
Masandawana go into the game in Pretoria having lost their first league match of the season – a 2-1 defeat to Kaizer Chiefs on the weekend Mamelodi Sundowns will be hoping to return to winning ways when they host Golden Arrows at the Loftus Versfeld Stadium on Wednesday evening. After […] 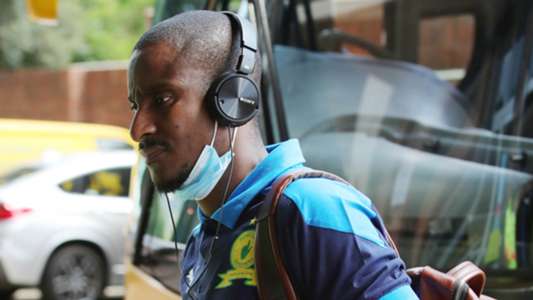