Hans-Joachim Watzke has expressed his belief that Erling Haaland will stay with Borussia Dortmund for at least one more season.

Haaland has been a revelation since completing a €20 million (£18m/$25m) move to Dortmund from Red Bull Salzburg in January 2019. The Norwegian frontman has hit 33 goals in as many appearances for the German club, including 17 in the first half of their latest campaign.

He drew a blank in his first game back after recovering from injury on Sunday, with Manuel Akanji and Jadon Sancho grabbing the goals in a 2-0 home win over Wolfsburg.

Interim head coach Edin Terzic will likely include Haaland in his starting XI again for a crucial trip to RB Leipzig next weekend as Dortmund aim to close the gap on current Bundesliga leaders Bayern Munich.

The 20-year-old’s list of admirers has grown since his move to Westfalenstadion, with Real Madrid now reportedly eager to bring the forward to Santiago Bernabeu as a potential long-term successor to Karim Benzema.

Manchester United and Manchester City have also been heavily linked with Haaland, but Watzke says he should try to follow the same path as Robert Lewandowski, who spent four years with Dortmund before accepting an offer from Bayern.

Asked if the former Salzburg star could depart in 2021, the Dortmund CEO told Kicker: “I don’t think that will happen. Erling and his advisor Mino Raiola know what they have in us. I can only advise him to do things like Robert Lewandowski.”

Watzke added on Haaland needing more time to develop his game before seeking a new challenge at a higher level: “Haaland gave himself the time to mature into an absolute world-class player in Dortmund. You won’t be able to do that in a year.

“Because it is clear that if Erling should leave us at some point, then he will only go to an even bigger club, and so many are not considered.

“If you join a club like – just for an example – Real Madrid, you have to be world-class.”

Haaland is contracted to remain on Dortmund’s books until 2024, but it has been reported that a €75 million (£67m/$92m) release clause was included in that deal which is due to become active in the summer of 2022.

Mon Jan 4 , 2021
The Red Devils legend believes “confidence” has returned to Old Trafford and the rejuvenated outfit believe they can compete with Liverpool Manchester United have completed their transformation from “shocking” also-rans to serious title contenders, says Roy Keane. It has been some time since those at Old Trafford dared to dream […] 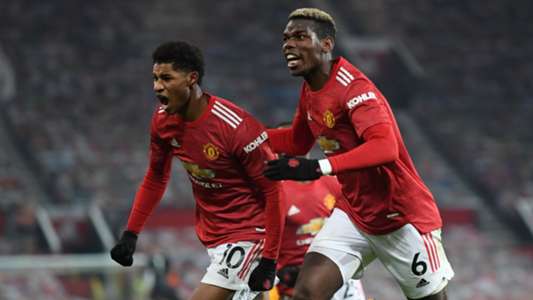