Gor Mahia coach Steven Polack has warned club officials not to relax but instead, work hard to secure more sponsors after they sealed a deal with new betting firm Betsafe.

The Kenyan champions, alongside their rivals AFC Leopards, signed a partnership deal that will last for the next three years, with K’Ogalo set to pocket KSh55million per year while Ingwe will pocket KSh40 million.

The new deal has excited the British coach, who has been with the club for one season while the club went through financial difficulties, which has seen the playing unit and officials owed up to five months’ salary.

Polack has, however, warned the club officials not to rest on their laurels and continue to work hard for more sponsors, giving an example of how Gor Mahia were left suffering after SportPesa withdrew their support early this season, leaving them with no place to run to for help.

“The fight to get a new sponsor has been going on for a long time and to get new support is not easy and I want to thank the chairman [Ambrose Rachier] for the good work he has put in and the other people, who helped along the way to secure the deal,” Polack told Goal on Friday.

“Let me explain to you, you can’t put all your eggs in one basket, because look at what happened to SportPesa, they dropped out and that was it, there was no one to support the club with money, there was no one to cover up after they left, you need to have at least three sponsors.

“If you watch football on TV, you see many sponsors around the pitch, all of them are supporting teams because you can see several adverts around the pitch which will end up to support the team and then you have your main sponsor, so it becomes easy to run your club.

“You can only work hard to get a sponsor and if you get you then you get, and if you don’t then you don’t, but it is good to try and keep pushing.”

However, Polack lauded the arrival of Betsafe, terming it as a good move in the right direction for the club, who will represent Kenya in the Caf Champions League next season.

“It is a good stepping stone, it is a good move in the right direction for the club but we must also make sure the money is used wisely, we have to use it wisely, that is the main thing and nobody wants to hear in five months we don’t have money, so we must be wise and I believe they will be,” Polack concluded.

Gor Mahia and AFC Leopards have been struggling since SportPesa, their previous sponsor left, leaving the clubs to depend on fans, members, and other well-wishers to honour matches and settle players’ allowances at times.

Fri Jun 19 , 2020
Transfer Market The latest news and rumours 11:25. Bayern Munich may allow David Alaba to depart this summer, according to The Daily Telegraph, as his contract comes to a close on June 30, 2021. This has put a number of Premier League clubs on alert, including Liverpool, Manchester City and Manchester […] 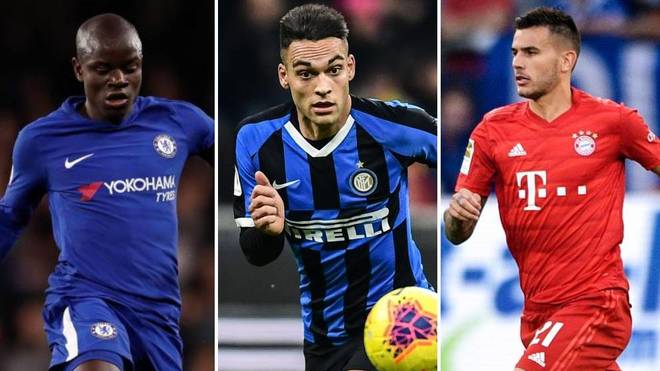