World no. 3 Dominic Thiem has won nine out of 13 matches so far in 2020, not playing at his best at the ATP Cup and Rio de Janeiro but delivering his A-game in Melbourne. The Austrian advanced to his third Major final at the Australian Open, beating Gael Monfils, world no.

1 Rafael Nadal and Alexander Zverev to find himself in the title match against Novak Djokovic. Giving his 120%, Thiem had two sets to one lead against the seven-time champion, only to fall in five thrilling sets and stay away from the Major crown one more time.

Like the other players, Thiem had to stay at home since early March due to the coronavirus, playing seven matches in Austria recently and shaping up his form ahead of the Adria Tour in Belgrade. Novak Djokovic had gathered Alexander Zverev, Grigor Dimitrov, Dominic Thim, Dusan Lajovic, Filip Krajinovic and other players to Belgrade, organizing the event at his Tennis Centre and gathering packed crowd on both Saturday and Sunday.

Thiem proved to be the player to beat, scoring four wins and lifting the beautiful trophy on Sunday night, following a hard-fought 4-3, 2-4, 4-2 victory over Filip Krajinovic in 76 minutes.

Both players converted two out of four break chances and the better-ranked player had the upper hand in the decisive moments, competing on a high level in the final set to cross the finish line and wrap up a perfect week in Belgrade.

Dominic held at 15 in the first game of the encounter before Filip landed an ace for a hold at love ad 1-1. Thiem fended off a break point in the third game with an ace down the T line, with Krajinovic leveling the score at 2-2 with a volley winner a few minutes later.

Both players served well in games five and six to reach a tie break that Thiem won 7-2 thanks to a thundering backhand down the line winner that sent him in front. Krajinovic saved a break chance at the beginning of the second set with a crafty point at the net, recovering his game and earning a break in game four when Dominic sprayed a forehand error.

The Austrian broke back at 15 with a forehand winner to reduce the deficit, only to hit a double fault in the next game and hand the set to the Serb. Starting all over in the decider, Dominic Thiem lost only one point behind the initial shot in set number three, stealing Krajinovic’s serve in the third game and holding at 15 at 3-2 to become the champion.

Mon Jun 15 , 2020
The French phenom needs to leave his home country in order to take his standing to the next level, says the Los Blancos star Kylian Mbappe needs to leave Paris Saint-Germain to reach the level of dominance his potential suggests, according to Real Madrid star Luka Modric. The France World […] 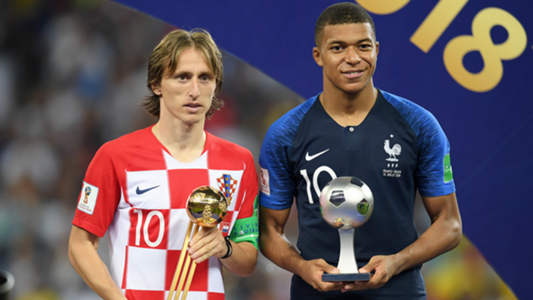