Novak Djokovic has played 1,098 tour-level matches, and he has been in several gruelling, physical encounters. But according to the Serbian, one battle was more exhausting than the rest.

“The final of the Australian Open in 2012 against Rafa. Five hours, 53 minutes. Probably hard to repeat that ever in my career,” Djokovic said on Tennis United. “You understand that it’s the final of a Slam, it’s the fifth set, and the end is around the corner. [You think], ‘I don’t want to stop now.’

“You keep pushing yourself mentally. You lose a sense of what’s happening in your body and then there’s something that carries you all the way through. It’s quite amazing.”

Djokovic also discussed some of his tennis “firsts”. Through the highs and lows of life as a professional tennis player, the Serbian always calls the same person after his matches.

“Mom for sure. Mom is always there in good and bad times,” Djokovic said. “[Moms] truly care about you, you care about them, and then you can share that moment of joy with them intrinsically.”

The World No. 1 played his first junior tournament 25 years ago. Djokovic remembers it vividly, revealing that he cried multiple times at the event.

“The first tournament I ever played in my life, the first competition I had officially, I was eight, I won [the] first match ever, [an] 8-8 tie-break, 10/8,” Djokovic recalled. “I was really obviously filled with joy and everything, but I was very exhausted. My mom was there. She hugged me, and when she hugged me, I started crying.”

Djokovic lost 0-9 against good friend Viktor Troicki in his next match, and he shed tears again.

Atletico Madrid: Simeone turns to the B team for 23-man squad list

Sat Jun 13 , 2020
Atletico Madrid To travel to Bilbao atleticodemadrid.com Atletico Madrid will face Athletic Club in Bilbao on Sunday afternoon in their first match back and there will be 23 players in the capital city side’s travelling squad. Clubs are now allowed to have 12 substitutes on the bench, but Atletico Madrid have […] 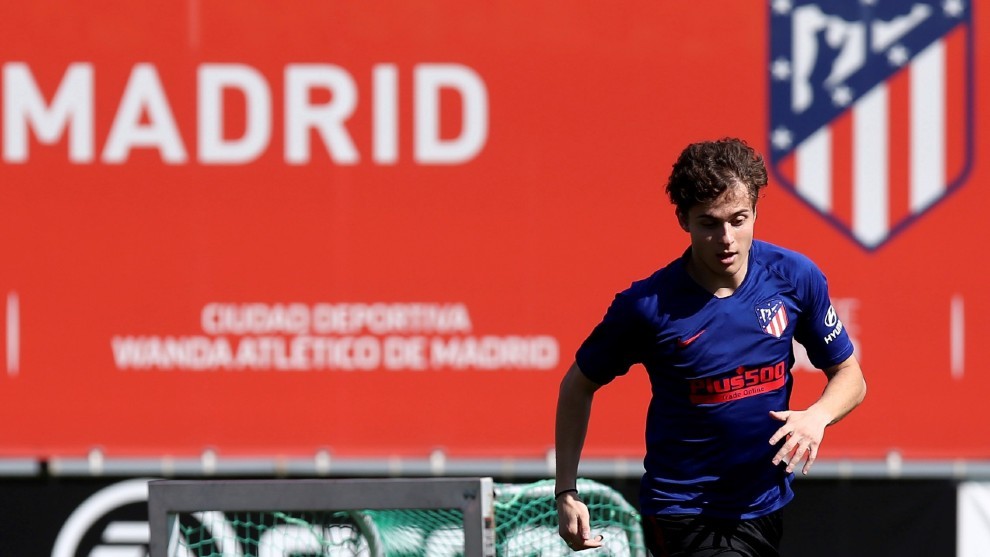