Having gone on a run of four games without a victory in the league, Ricardo Pinto’s side found their winning formula to send the visitors back home empty-handed.

In the keenly contested affair at the Gaziantep Arena, both teams put up a commanding display but were unable to get a goal as the first half ended without a goal.

Goztepe had found the net in the 30th minute but Cherif Ndiaye’s effort was chalked off for offside after VAR replays.

The hosts stepped up their game in the second half and deservedly took the lead in the 54th minute thanks to an assist from Alexandru Maxim. Maxim floated a corner-kick into the visitors’ goal area and the Senegalese defender beat his markers to head past goalkeeper Irfan Egribayat.

That goal was the former Chelsea and Sunderland star’s first of the 2020-21 campaign. The last time he found the net was against Yeni Malatyaspor on July 25, 2020.

Halil Akbunar levelled matters for Unal Karaman’s team in the 65th minute. Again, referee Volkan Bayarslan cancelled the goal as VAR adjudged that the Turkish midfielder was in an offside position.

With 14 minutes left on the clock, a solo Kevin Miralla strike sealed the win for Gaziantep – their 10th win in the ongoing season.

While 32-year-old Djilobodji was in action from the start to finish, Ghana’s Abdul Aziz Tetteh, Cameroon’s Jean-Armel Kana-Biyik and Mali’s Nouha Dicko were not listed.

For the Goz Goz, on loan Gorica forward Ndiaye played all 90 minutes alongside Nigerian midfielder Obinna Nwobodo. Mali U23 star Fousseni Diabate, Senegal’s Lamine Gassama and Nigeria’s Anderson Esiti were handed a place in the starting XI, nonetheless, they were replaced in the second-half by Peter Zulj, Murat Paluli and Adis Jahovic.

Following this result, Gaziantep moved to seventh in the Super Lig log having accrued 38 points from 23 points, while Goztepe dropped to 12 with 26 points from the same number of outings.

Mon Feb 8 , 2021
The teams will go head-to-head on Monday night for a place in the final of the global club competition in Qatar Former Al Ahly coach Rene Weiler said the African champions lack ‘tactical education’ ahead of their clash with Bayern Munich, while he has also predicted an ‘uncomfortable’ match for the German […] 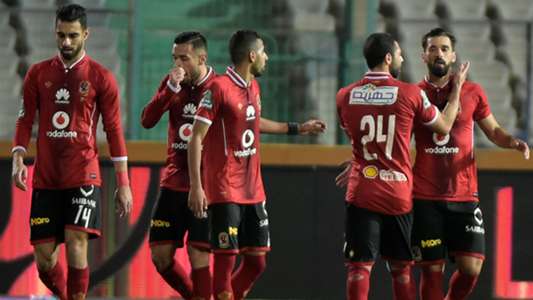