The Nigerian forward, who signed for the Wekundu wa Msimbazi as a free agent after being released from Esperance of Tunisia, has already started training with the rest of the squad members but according to new coach Da Rosa, he is still not 100 percent fit to play in a competitive match.

“I have seen him but he is still not 100% fit because he was out of action for a long time due to the effects caused by the coronavirus pandemic,” Da Rosa said as quoted by Sokalabongo.

“My belief is that as time goes on he will be better and more stable so he needs time to improve it will not be as fast as we need it to be.”

Simba have lined up a tournament in Dar es Salaam to gauge their preparedness ahead of group stage matches of the Caf Champions League.

The tournament, dubbed ‘Simba Super Cup’, will kick off on Wednesday with Tout Puissant Mazembe of the Democratic Republic of the Congo (DRC) and Al-Hilal from Sudan the other teams set to take part.

Simba will open the tournament with a clash against Al-Hilal, and commenting on the tournament, Da Rosa said: “As for the competition, we are participating in I say we are coming up against good teams and we strive to do well especially as the players have been seen doing well in practice.”

On Tuesday, Simba received a huge boost as winger Luis Miquissone reported to camp after arriving from Mozambique where he had travelled for family issues.

Simba have also beefed up their squad after they confirmed the signing of Highlanders FC defender Peter Muduhwa on a two-year deal.

The Wekundu wa Msimbazi have already signed Zimbabwean Perfect Chikwende and have also reached an agreement to bring the Democratic Republic of Congo player Doxa Gikanji on board.

In the Champions League, Simba have been drawn to play defending champions Al-Ahly of Egypt, AS Vita from the Democratic Republic of the Congo, and Sudanese giants Al-Merrikh in Group A of the competition.

Wed Jan 27 , 2021
The 18-year-old has become a regular for the Scottish Premiership side in the 2020-21 season and is attracting admiring glances from clubs in England Hibernian full-back Josh Doig is attracting interest from Manchester City, Leeds United and Celtic ahead of a possible summer move. The 18-year-old had also drawn interest […] 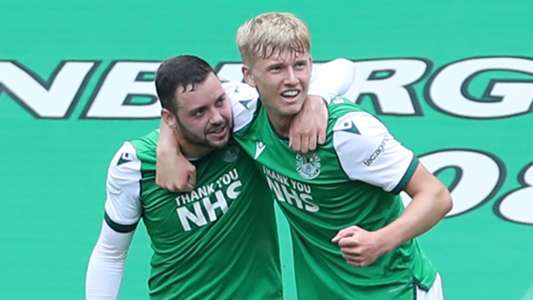