Ruben Dias and John Stones will “ensure” that Manchester City win the title back, according to Robbie Fowler, who says Liverpool have already lost the Premier League trophy.

Liverpool’s defence of their first league title in three decades has not gone as smoothly as supporters would have hoped.

Jurgen Klopp’s side have slipped to fourth in the standings after winning just two of their last eight matches, seven points behind current leaders City, who still have a game in hand to take in.

The Manchester outfit have won nine top-flight matches on the bounce to emerge as favourites for the domestic crown once again, with an improved defensive record one of the main reasons behind their recent resurgence.

Pep Guardiola has paired Stones with £64 million ($88m) summer signing Dias at the back since early December, and they have complimented each other perfectly, helping City keep 10 clean sheets in their last 12 outings.

Fowler thinks a talismanic duo will ultimately end up leading the Blues to their fifth Premier League triumph come May, with it his belief that the Reds’ challenge is already over regardless of whether or not they can beat their rivals at Anfield on Sunday.

“Dias and Stones seem to compliment each other, and that’s exactly what you want,” the former City and Liverpool striker told The Mirror.

“The good news for City is that they’re an incredible age as a defensive pairing – they could have 10 years left in them.

“What I would say as well, is that they will ensure City win the title back this season, even if Liverpool win on Sunday afternoon.

“I do think the title has gone for Jurgen Klopp, in fairness. Not that they’ll be saying that in the dressing room.

“You always think if you can win the next game things can turn around, they will still believe if they can give everything then they will have half a chance.

“But I just can’t see it – I can’t see City losing the number of games they’d need to open up the title race.

“They’ve gone 20 games unbeaten now in all competitions, and they will think they’re back to their very best.”

Fowler still feels Liverpool can bounce back next season, but stresses that their main focus for the remainder of 2020-21 should be securing a top-four finish and going as far as possible in the Champions League.

“They will be back. I have absolutely no doubt about that,” he added.

“I think they will be looking at the season now, and thinking they have to finish top four, first of all – and that’s not a given, because there’s real competition.

“I must admit, that thought wouldn’t have crossed my mind even two or three weeks ago, but now you have to consider it.

“So they’ll need their new [center-back] signings to come off to release Henderson and Fabinho for midfield, but if they do, then they’ll be looking at the Champions League, and thinking ‘we know we can win it’.

“And they can. It may take a recalibration, but that has to be their thinking from now.”

Sun Feb 7 , 2021
The duo participated when Amakhosi last claimed South Africa’s premier knockout trophy in 2013 and now explain how they could do it again Kaizer Chiefs midfielders Willard Katsande and Bernard Parker have voiced similar sentiments, saying Amakhosi are well aware of what it takes to win the Nedbank Cup as […] 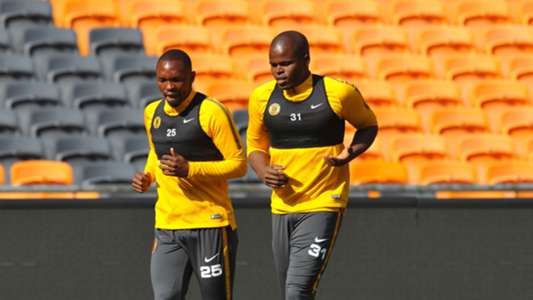