Amad Diallo says he is targeting Premier League and Champions League glory after completing a “dream” move to Manchester United.

United reached an agreement to sign Diallo from Atalanta for £37 million ($51m) on the final day of the summer transfer window.

However, the final deal was subject to personal terms and work permit, with the Red Devils forced to apply for a governing body exemption before the winger could obtain a visa.

The Manchester outfit submitted the relevant paperwork on January 1 and received approval on the same day, with Diallo officially becoming the first player to be registered under post-Brexit rules six days later.

The 18-year-old, who only made five senior appearances for Atalanta, has been handed the No.19 shirt previously worn by the likes of Marcus Rashford and Dwight Yorke, with big things now expected of a man who has already been likened to club legend Cristiano Ronaldo.

Diallo expressed his excitement after being unveiled at Old Trafford on Wednesday before outlining his ambitions for both domestic and European success in the famous red shirt.

“I’m over the moon to be here. I’m so excited to start here at Manchester United. It’s a dream come true and I can’t wait to start and play with the guys,” he told United’s official website.

“I’m a little bit too anxious to say this given it’s just the start [of my time here] but my dream is to win the Premier League and the Champions League with Manchester United. That is my aim and goal.

Diallo has been in regular contact with fellow Ivorian Eric Bailly since being snapped up by the Red Devils, and he also thinks that Paul Pogba will have a key role to play in helping him to settle into his new surroundings over the next few months.

“Eric will be a definite reference point for me. I’ve actually already been in touch with him over the last few months and we’ve been chatting,” he said.

“I’ll be asking him for advice and will be listening to all he says, and also the other players who speak French and Italian like [Paul] Pogba for example, he will be another good reference point for me.”

Diallo added on his Atalanta departure: “It’s been a little bit strange these last few months. I would have hoped to have played a little bit more with Atalanta, but it wasn’t possible.

“I’ll always be grateful to Atalanta, they’re fantastic people starting from the coach to the president of the club. They have always supported me and have always been there for me, so huge thanks to them of course and it’s thanks to them that I am here now.”

Thu Jan 14 , 2021
Despite his players’ lack of league action, the 54-year-old Croat believes he has the talent at his disposal to shine in Cameroon Coach Zdravko Logarusic claims his Zimbabwe squad can defy all odds to have a good showing at the 2021 African Nations Championship. Players from the Southern African country […] 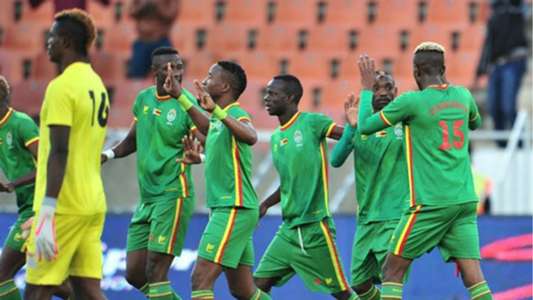