Mbaye Diagne found the net twice on Tuesday but couldn’t prevent Galatasaray from bowing 4-3 to Konyaspor in a Turkish Super Lig encounter.

Fuelled by their unbeaten run in their last three games, the Yellow-Reds travelled to the Konya Buyuksehir Stadium full of high expectations. However, they returned home with heads bowed low.

Despite dominating the opening minutes of the game, the visitors were made to pay for their unforgiveable misses as the hosts took a 41st-minute lead through Erdon Daci, who slotted home a cross from Nejc Skubic. The assistant referee had ruled out the goal for an offside, but VAR replays ensured the goal stood.

Few seconds before half-time, Diagne got his first strike of the day with a cool finish past Ibrahim Sehic having been teed up by Ogulcan Caglayan.

The second-half got off to a sweltering start, and Daci completed his double a minute after restart – converting a first-time shot from Guilherme’s cross.

In the 76th minute, Diagne was presented with a chance to level matters for Gala, but his penalty was saved by goalkeeper Sehic who guessed the right direction.

A minute later, he restored parity for his team via the penalty mark after Martin Linnes was brought down by Brazil’s Guilherme. This time, the former Kasimpasa and Tianjin TEDA man sent the goalie the wrong direction.

The hopes of Fatih Terim’s men of settling at least for a draw faded into thin air as Konyaspor got their fourth goal of the evening through Artem Kravets, who profited from a counter-attacking move executed by Georgia international Levan Shengelia.

Although Caglayan pulled one back for Galatasaray in the closing moments of the game, they were unable to avoid their fourth defeat of the 2020-21 campaign and missed the chance to overtake league leaders Gaziantep FK.

While Diagne saw every minute of the seven-goal thriller alongside Morocco’s Younes Belhanda, Luyindama was replaced by Ryan Babel in the 86th minute. Nigeria’s Jesse Sekidika was an unused substitute while compatriot Oghenekaro Etebo was expectably absent due to a back injury.

Algeria’s Sofiane Feghouli remains on the sidelines with a muscle strain. 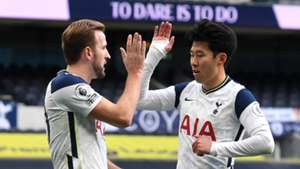