The Senegalese, who joined the Baggies from Turkish Super Lig outfit Galatasaray until the end of the 2020-21 season, had gone on a run of four games without a goal.

However, against the Red Devils at the Hawthorns, he found the back of the net to ensure points were shared with Ole Gunnar Solskjaer’s men.

Just two minutes into the game, the striker outmuscled Victor Lindelof to get his head a fantastic cross from Conor Gallagher past David Dea Gea.

Thanks to the goal, Diagne became only the 20th Senegalese to find the net in the Premier League as well as the 12th different player from the West African country to score an English top-flight goal under manager Sam Allardyce.

12 – Mbaye Diagne is the 12th different Senegalese player to score a Premier League goal under Sam Allardyce; no other manager has had more than four different players from Senegal score under them in the competition. Lions. pic.twitter.com/bz3gChv39D

Also, no other manager has had more than four different players from Senegal score under them in the competition.

A minute before the half-time break, Bruno Fernandes levelled matters for the Old Trafford giants after pulling away from his defender in the middle of the box to get on the end of Luke Shaw’s cross.

After the break, Scott McTominay had an effort cleared off the line while Diagne sent a shot over the bar from close range. Harry Maguire almost won it in the final seconds, but his header was tipped onto the post by Johnstone.

Diagne, who had a notable game, was in action from start to finish alongside Nigeria international Semi Ajayi.

With the result, the Red Devils moved back above Leicester City and into second place on the table on goal difference but are seven points behind leaders Manchester City.

As for West Brom, they stay in 19th and are currently 12 points from safety having accrued 13 points from 24 outings so far in the 2020-21 English elite division campaign.

Next up for them is a trip to Turf Moor for their clash against Sean Dyche’s Burnley.

Sun Feb 14 , 2021
The three young Gunners have emerged as key bright lights this term at the Emirates Stadium, even as Mikel Arteta’s side stumble on the domestic front Gabriel Martinelli has hailed his “amazing” relationship with fellow Arsenal youngsters Bukayo Saka and Emile Smith Rowe, adding that the trio’s bond extends both on […] 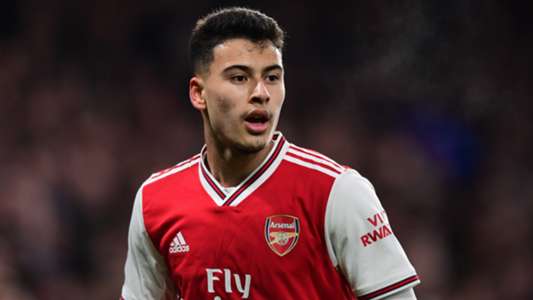