West Bromwich Albion manager Sam Allardyce believes Mbaye Diagne has shown he is capable of scoring goals for the club.

The 29-year-old teamed up with the Hawthorns outfit in January on loan until the end of the 2020-21 season from Turkish Super Lig side Galatasaray.

The Senegal international has played three Premier League games for the Baggies since his arrival and bagged an assist.

The forward came close to scoring against Tottenham Hotspur last weekend but his efforts were ruled out for offside.

Notwithstanding his failure to open his goalscoring account yet for West Brom, Allardyce is confident the centre-forward will score many goals for his side.

“If we put quality balls into the opposition box then the big man Mbaye seems to be able to get on the end of them,” Allardyce said, as per Express and Star.

“He has those two ruled out at Tottenham because he just went a little too early with his run. He just needs to read those situations a little better. But it was encouraging

“Mbaye is looking like if we get balls into the right areas with the right quality, he’ll get chances to score – he showed that.

“It is positive. But until we stop the goals going in at the other end then life is going to be increasingly difficult for us.”

West Brom are winless in their last five games, which have condemned them to the relegation zone, having only gathered 12 points from 23 games.

Diagne will hope to impress and inspire the Baggies back to winning ways when they take on Manchester United in their next Premier League game on February 14.

The Senegal forward has previously played for Juventus, Tianjin TEDA and Kasimpasa before joining Galatasaray in the summer of 2019.

Diagne spent last season on loan with Club Brugge, where he endured a difficult time and will hope to make a meaningful impact for West Brom before leaving the Premier League club.

Tue Feb 9 , 2021
The 55-year-old tactician has been unveiled by the club three days after he landed in the country to take over the vacant role FKF Premier League side AFC Leopards have confirmed the hiring of coach Patrick Aussems. As exclusively revealed by Goal three days ago, the Belgian tactician, who has […] 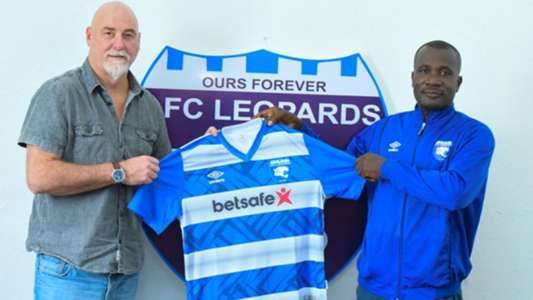