Simba SC have explained the reason behind the Simba Super Cup which will culminate at Benjamin Mkapa Stadium on Sunday.

The competition brought together hosts Simba, Tout Puissant Mazembe of the Democratic Republic of the Congo, and Al-Hilal of Sudan, and saw Simba beat the Sudanese side 4-1 in the opening battle on Wednesday.

The second match saw Al-Hilal recover to beat TP Mazembe 2-1 on Friday and the latter will now face Simba in the final match at the same venue on Sunday.

Simba chairman Mohammed Dewji has now revealed plans to host the tournament every year, saying their intention is to use it to build Simba as a brand across Africa.

“My brothers from Simba, I would like to inform you we in the leadership of Simba have committed ourselves and put strategies to ensure we will win the FA Cup, and get far in the Caf Champions League,” Dewji said in a signed statement obtained by Goal.

“We are also continuing with strategies to ensure our club is building brand and best features in Africa and around the world. Part of the strategy is this is the competition we hosted for Simba Super Cup, which has been successfully received and well across Africa.

“Our intention is to do this Simba Super Cup competition every year, we have already started preparing for this competition for the upcoming season where we will increase the number of large teams in Africa.

Dewji also called on Simba fans to grace the final game against Mazembe on Sunday, saying they have a role to play in making the competition a success.

“My special call to you is that, for the upcoming competition to be better, I request you to come to the field, we fill the field in these matches,” Dewji continued.

“When we come in large numbers we will have succeeded in four things: – we have contributed to our club in income, we have given this competition of dignity and respect, we have attracted other big teams to come and participate, and we have encouraged our players and encourage them.

“So, I request you to come to the stadium in large numbers in our match with TP Mazembe on Sunday, plus we can watch the match on TV but income will come to Simba, and we will be able to do bigger things if we come to football.

“Show us love and patriotism for our club by coming to the match. This will also encourage us, leaders, to continue to design and implement great and great things.”

In the Champions League, Simba have been drawn to play defending champions Al-Ahly of Egypt, AS Vita from the Democratic Republic of the Congo, and Sudanese giants Al-Merrikh in Group A. 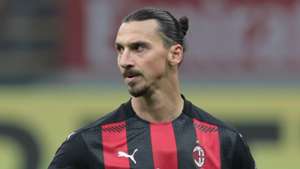