The details of US businessman Henry Mauriss’ bid to buy Newcastle United have been revealed by Sky Sports reporter Keith Downie.

The North East club are still waiting on a Saudi-backed takeover of the club to be completed.

The Premier League are yet to approve of the bid, though, as they continue to carry out checks on those involved.

And there has been another twist in the tail after Mauriss submitted a rival bid, believed to be worth £350million.

Reporting on the development from outside St. James’ Park, Downie explained: “For ten long weeks we’ve been talking about Amanda Staveley and her potential takeover of Newcastle United.

“Of course her Saudi-backed consortium is with the Premier League and going through their owners’ and directors’ test and essentially waiting on that being ratified.

“But this new development today is American businessman Henry Mauriss has come to the table and launched a bid of his own, a bid of £350million.

“We’ve heard his name mentioned a couple of times throughout the last couple of months but it appears he has now come to the table and made that formal bid.”

The man behind the new bid is not a name familiar to many, however he has shown interest in Newcastle in the past.

While his bid may have come in a little too late on this occasion, he has a clear idea of how he would want to run a club.

“In terms of Mauriss himself, he is the chief executive of American TV company ‘ClearTV’”, Downie continued.

“He’s said to be a huge fan of the Liverpool model, what we’ve seen from John. W. Henry and Fenway Sports, is something he would like to replicate.

“That is a long way from potentially happening but he is essentially waiting in the wings should the Saudi-backed takeover of Newcastle United, led by Amanda Staveley, fall through.

“If he is to manage to get there, he says he would like to takeover before the start of next season.

“So if the current takeover does fail, he could be waiting in the wings to step in and takeover in the next couple of months.”

READ MORE: Newcastle v Sheffield United: When is it, where can you watch it, team news and what are the odds?

Coppa Italia medals will be on self-service basis

Wed Jun 17 , 2020
Serie A Due to COVID-19 measures Cristiano Ronaldo. The first piece of silverware in Italy since the COVID-19 outbreak is up for grabs on Wednesday night as Juventus take on Napoli in the Coppa Italia final. With security measures at their strictest given the virus’ impact in the country, even the […] 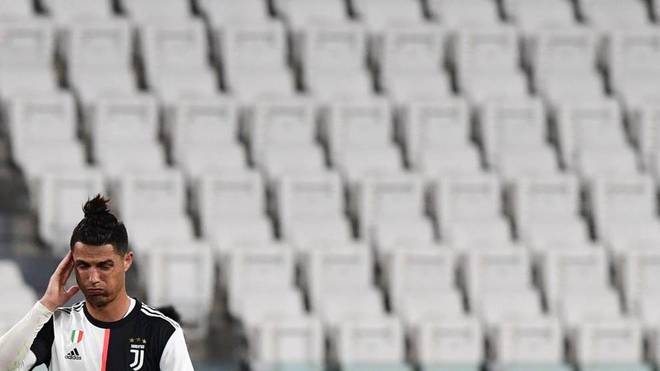