Moussa Dembele is not interested in a move to West Ham despite reports suggesting the Hammers have enquired about the Lyon striker, Goal understands.

The Premier League side are on the brink of selling Sebastien Haller to Ajax and so are on the lookout for a replacement this month.

Reports in France suggested David Moyes’ side had identified Dembele as a possible target and made preliminary enquiries. However, the former Celtic striker is not interested in a move to the London Stadium, though he has not ruled out leaving Lyon during the January window.

Reports also indicate that Atletico Madrid have contacted the French club about the possibility of signing the 25-year-old, who has two-and-a-half years remaining on his current deal. Like West Ham, Atleti are also on the lookout for a new striker after releasing Diego Costa from his contract six months early.

Diego Simeone’s side are proposing an initial loan deal with the option to buy in the summer for a fee in the region of €35 million (£32m/$43m) including bonuses. No agreement has yet been reached, but if Lyon do sell Dembele they are expected to approach Leicester over a deal to sign Islam Slimani as his replacement.

The Algeria international is into the final six months of his contract at the King Power Stadium and appears to have no future at the club. He has made just one appearance for the Foxes this campaign and has been sent out on loan in each of the last three seasons, most recently with Ligue 1 side Monaco.

Dembele meanwhile was linked with Manchester United over the summer after a dazzling 2019-20 campaign that saw him hit 24 goals in all competitions. However, the former Fulham youngster has struggled badly this term, hitting the back of the net just once in 16 appearances.

He is currently recovering from a broken arm suffered in training shortly before Christmas and is not expected to return to full fitness until mid-February.

In total, he has scored 45 goals in 105 appearances for Rudi Garcia’s side since joining from Celtic in the summer of 2018.

Fri Jan 8 , 2021
An outbreak of Covid-19 means the Premier League side will have to use their Under 23s and academy players for the match against the Reds Aston Villa will be without their first-team squad and coach Dean Smith for the FA Cup third round tie against Liverpool on Friday after an outbreak […] 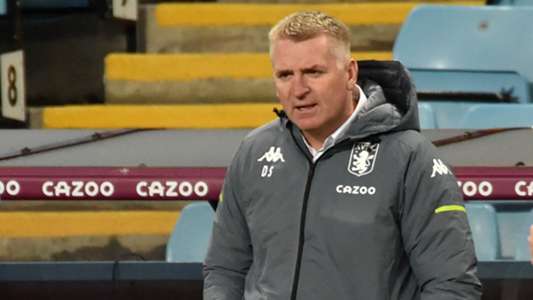