Demba Ba has revealed his contract was terminated by Turkish Super Lig side Istanbul Basaksehir since they wouldn’t be able to give him regular playing time for the rest of the season.

The former Senegal international left Fatih Terim Stadium last month after his deal was ended, with rumours making the rounds that the decision was taken as a result of the argument he had with the manager of the club, Aykut Kocaman, over his insistence to fast during Ramadan.

The 36-year-old has now explained the reason behind his departure from the club and confirmed the row he had with Kocaman.

“They said it was down to the fact they thought the coach would not play me much for the rest of the season,” Ba told Sky Sports.

“Because of the name I have and the respect they have for it they decided to terminate my contract early.

“But I think it’s more that sometimes I probably have a character that is too strong – I don’t hesitate to speak my mind and it doesn’t work every time.

“I had a talk with the coach in his office a few weeks ago about many things and I was probably too strong with him that day.

“I told him I didn’t like his body language after he told me he didn’t like mine but after that everything was fine.

“He told me he was going to start selecting players who can play the ball more instead of those who can run and fight and that I would start games.

“Then two weeks later we play Fenerbahce and I’m not even in the squad which I’m surprised about because this was not the conversation we had. But this is football – things change.

“I don’t believe the rumours are true and don’t want to believe them either because there are other players in the team who are still playing and fasting.

“But then I also have friends that told me before Ramadan came I won’t be playing because I will be fasting so when I was told [of my contract termination] it is a coincidence.”

Ba joined the Orange-Navy Blues in January 2019 and featured in more than 60 games across all competitions, helping them to win the Super Lig title last season.

The centre-forward will hope to find a new home before the start of the 2021-22 campaign.

Tue May 4 , 2021
A man who once played alongside the talented forward at Santos believes he can top the achievements of two iconic countrymen Neymar is not yet at the level of Ronaldinho and Kaka but boasts the potential to eclipse the efforts of two iconic fellow Brazilians, claims the 29-year-old’s former Santos […] 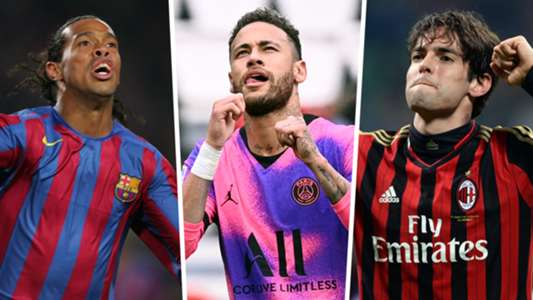