Andy Delort was on the scoresheet as Montpellier held Lille to a 1-1 draw in Friday’s Ligue 1 game at Stade Pierre-Mauroy.

The 29-year-old has been delivering eye-catching performances for Michel Der Zakarian’s men and against the Reds, he shone.

Delort was handed a starting role in the encounter and utilized the opportunity to score his 12th goal of the season and ensured his side extended their unbeaten run to 13 games across all competitions.

Montpellier started the game sluggishly and almost pay for it in the fourth minute when Burak Yilmaz found himself in a one-on-one situation with goalkeeper Jonas Omlin but he managed to miss the target.

Another fine opportunity fell in the way of Lille to open the scoring in the 12th minute but Yilmaz’s shot was blocked.

Montpellier gradually pushed for the opening goal and got it in the 36th minute when Delort headed home from close range after receiving a sublime pass from Gaetan Laborde.

Moments before the end of the first half, the Algeria international came close to double the Paillade’s lead when he powered a header towards goal but the effort failed to trouble Lille goalkeeper Mike Maignan.

In the 55th minute, Jonathan Bamba fired a long-range effort from outside the box in an effort to try and level matters for Lille.

With five minutes left before the end of the game, Luiz Araujo levelled proceedings for Lille after receiving a timely assist from Mehmet Zeki Celik.

The draw ensured Montpellier are now placed eighth on the league table after accruing 47 points from 33 games.

Delort featured for 87 minutes in the encounter before he was replaced by Petar Skuletic and had 50 touches on the ball.

Besides his goals, the attacker has provided eight assists in 26 appearances across all competitions for the Stade de la Mosson outfit.

He will hope to continue his spectacular performances when Montpellier take on Canet Roussillon in a Cup tie on April 20.

Delort has been with the Paillade since 2018 initially on loan before a permanent deal was reached and has been a consistent performer for the club.

Fri Apr 16 , 2021
The Frenchman compared his former manager to his current one, Ole Gunnar Solskjaer, and the Spurs boss was left unimpressed Jose Mourinho has hit back at Paul Pogba’s recent criticism of his man-management skills, as the Tottenham boss said he “couldn’t care less” what the Manchester United star thinks about him. Mourinho was […] 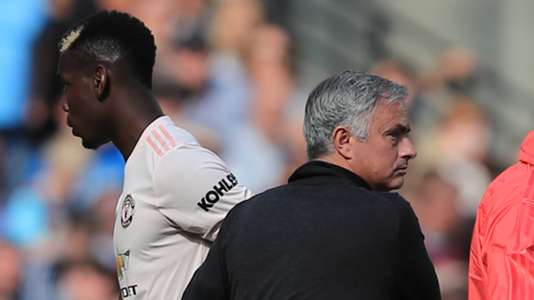