Having been included in recent Bafana squads, the Cape Town-born defender has teamed up with former Maritzburg colleagues Brian Onyango and Lebo Maboe

New Mamelodi Sundowns signing Rushine De Reuck accepts that he will have to work hard to earn a place in the Masandawana starting XI.

De Reuck joined the 2016 African champions last week from Maritzburg United, where he had built his name on the back of some highly impressive performances over three-and-a-half seasons.

Having helped Maritzburg escape relegation last season he’ll now be focused on trying to help the Brazilians retain their league title, while also challenging for the Caf Champions League, as well as the Nedbank Cup, another trophy the Pretoria side won last season.

“I’m excited to be part of this team. I know that I’ll get better and it gives me a lot of motivation to be here. I’m also a bit nervous but it’s normal when you are in a new environment.”

The Cape Town-born former Milano United player will be competing with the likes of Ricardo Nascimento, Mosa Lebusa, Brian Mandela Onyango and Bangaly Soumahoro for a place in the starting XI. Rivaldo Coetzee has been used mainly in midfield, but is also a centre-back by trade.

With such competition, De Reuck knows he won’t walk straight into the team.

“My short term goal is to try and settle in as quickly as possible on and off the field, also I would like to break into the squad as soon as I can but I know that it won’t be easy,” he said.

“Having Cape Town boys [the likes of Lyle Lakay, Jody February, Grant Margeman and Haashim Domingo] makes things a bit easier you know, going to help me settle in about faster and I’ve also played with Lebo Maboe and Brian Onyango at Maritzburg United in the past so that helps me as well.

“Very happy to be here and can’t wait to contribute to this amazing club.”

De Reuck has signed a five-year deal with Downs. He could potentially make his league debut for his new club when Sundowns host Baroka FC on 21 February.

Kajoba: Vipers SC coach believes they could have scored 10 goals vs Myda

Mon Feb 8 , 2021
Vipers SC head coach Fred Kajoba believes his charges could have easily scored eight goals or even 10 against Malaba Youth Development Association (Myda) FC in the Ugandan Premier League game played on Saturday. The reigning champions produced their ‘A’ game to beat the promoted side 7-0 at St Mary’s Stadium.  […] 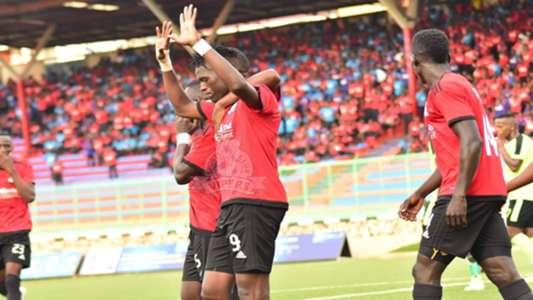