The highly-rated player was expected to be one of the most sought-after players in the last transfer window with Sundowns and their Gauteng rivals Orlando Pirates credited with an interest in De Reuck.

De Reuck was an ever-present for Maritzburg in the PSL last season, starting all 30 of the Team of Choice’s matches in the competition and he played an instrumental role in helping the team finish in the top eight.

However, the Cape Town-born player stayed put at the KwaZulu-Natal side after it was reported that Chiefs and Pirates had reportedly cooled their interest in him ahead of the current season.

De Reuck struggled with injuries this season which have seen him make just 10 appearances across all competitions for Maritzburg and it is believed that he has now joined Sundowns during the current mid-season transfer window.

“The 25-year-old centre-back had been on Sundowns’ radar for some time.”

“The Brazilians’ interest escalated following the untimely death of Motjeka Madisha recently, as they looked for a replacement.”

Why does it matter & what’s the bigger picture? Sundowns may have decided to make a move for De Reuck after Brian Mandela Onyango and Ricardo Nascimento picked up injuries earlier this month.  Masandawana’s defensive department got even thinner this week due to the suspension of Mothobi Mvala, who was played in central defence against Black Leopards on Wednesday when he was sent off.  Sundowns would be able to register De Reuck in their Caf Champions League squad as the additional player registration period has started and will end on January 31.  Far Post posted the following photo of De Reuck signing his contract with Sundowns on Friday.

Fri Jan 29 , 2021
The Lancers’ coach wants the club to extend the striker’s contract owing to his impressive performances at Johan Cruijff Stadium  Ajax manager Erik ten Hag revealed the club is keen to secure the long-term future of young striker Brian Brobbey. A product of the Ajax youth system, the 18-year-old’s continued […] 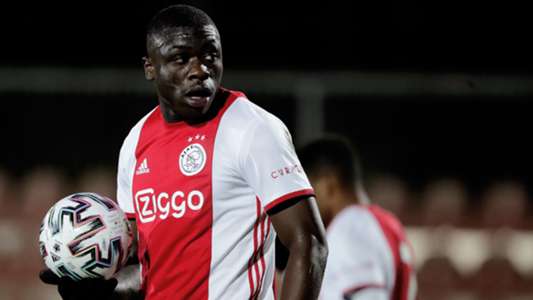