Hammarby forward David Accam has shed light on his exclusion from Ghana’s final squad for the 2014 World Cup.

After bursting onto the scene just ahead of the global showpiece in Brazil with a run of fine performances for Swedish side Helsingborgs, the winger was first a surprise inclusion in Milovan Rajevac’s provisional squad for the tournament.

His hopes of completing a sensational season with an appearance at the World Cup, however, ended in disappointment as he fell among the casualties as the Serbian coach whittled the Black Stars’ squad down to 23 after a pre-tournament friendly fixture against the Netherlands.

“The way we [Ghana] manage our football is not really nice,” Accam told Citi TV.

“We [Black Stars team] had a game with Holland and the next day we were travelling to America [for a training camp], so our bags had been packed and someone sent me the list [of final 23 players on phone] that my name was not part and I didn’t even know because as far as I knew, I was travelling with the team [to the US].

“All of a sudden, the coach called me that this is what happened. He said ‘we still believe in you’ and stuff ‘but this is the team I’m taking [for the training camp] but you will still have your chance after the World Cup’. And I said ‘that’s fine’, but I expected it in a formal way, not after I saw the list elsewhere.

“I took my bag and booked my own flight to Sweden. Sulley [Muntari] told them in Twi to book a flight for me because you said you’re not going with me.

“Sulley said don’t worry, book your flight, I will make sure they pay you your money. He went to the secretary and told him, you guys have to pay or if not you have to pay them the money they used to book the flight.”

Without Accam, Ghana suffered a first-ever first-round elimination at the World Cup, finishing rock-bottom of Group E after losses to the USA and Portugal and a draw with eventual champions Germany.

The winger finally had his chance to play at a major international tournament when he was picked by new Black Stars coach Avram Grant for the 2015 Africa Cup of Nations where the team finished as losing finalists.

Kaizer chiefs coach Gavin Hunt: It's something we can't afford

Fri Feb 5 , 2021
The Amakhosi mentor won the Nedbank Cup in 2012 with SuperSport United and also won the Absa Cup (the same competition) in 2004 with Moroka Swallows Kaizer Chiefs head coach Gavin Hunt says he does not have the luxury of fielding fringe players for Sunday’s Nedbank Cup tie against Richards […] 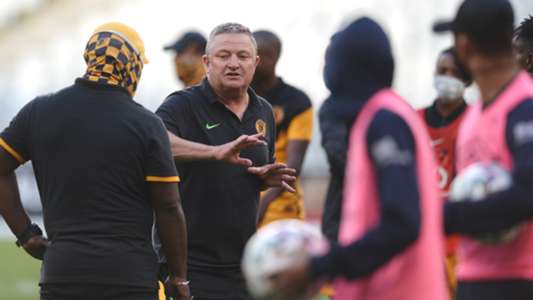