The Turkish giants have had to wait for a quarantine period to be taken in, but they expect a deal to be finalised for the German on Tuesday

Fenerbahce have set a date for Mesut Ozil to complete his move from Arsenal, with club president Ali Koc expecting the relevant paperwork to be signed off on Tuesday.

The World Cup winner travelled to Turkey last weekend as he seeks to bring a long-running saga surrounding his future to a close.

Fener have a deal in place for the 32-year-old, who has been frozen out at Emirates Stadium by Mikel Arteta, but have been unable to rubberstamp that agreement.

Ozil has had to take in a quarantine period after leaving England, as dictated by coronavirus protocols, meaning that he has been prevented from linking up with new employers.

An end is in sight for all concerned, though, with Koc confident that a high-profile transfer will be wrapped up in a matter of days after fending off rival interest in the German playmaker.

He has said at Fener’s Council of the Board meeting: “Other clubs wanted [him] but Mesut Ozil’s heart was in our hands.

“Mesut has no injuries. According to the legislation in England, he trained with the first team, although he was not on the list.

“There was a quarantine period. After that, the signatures will take place.

“We are waiting for Mesut Ozil’s first training session tomorrow [Sunday] night. We will not decide when to play him, the coach will decide.

“However, when I spoke to his old coach, he said ‘it takes three to four weeks’. Probably after two weeks he will start playing games slowly. I hope I am not mistaken.

“If everything goes well, we are planning the signature day on Tuesday.”

Koc added on the struggles endured by Ozil towards the end of his time at Emirates Stadium, with his last competitive appearance for Arsenal coming prior to football entering lockdown in March 2020: “We took steps to connect Mesut Ozil with our colours. His talent and achievements are obvious. I do not even open discussions about that.

“He had a problem with Arsenal, and the bonds broke. We have also seen this. A dream is very close to coming true right now. Ozil’s stats, his mind and skill are all obvious.

“However, as with some footballers, Mesut Ozil is more than just a footballer.”

Sat Jan 23 , 2021
The Catalan coach believes that fewer teams will lead to an increase in quality – and a decrease in unwanted injuries Manchester City boss Pep Guardiola has called for the Premier League to reduce the number of teams involved as a way to improve its overall quality and appeal as […] 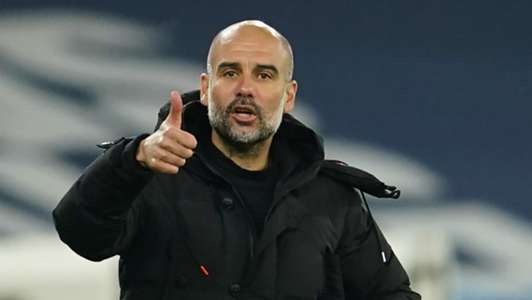