Patson Daka has admitted that he has a responsibility on him at RB Salzburg following Erling Haaland’s exit.

Haaland left the Austrian giants in January to sign a four-and-a-half-year at Borussia Dortmund.

Prior to his exit, the Norwegian star scored 16 league goals but Daka is now the leading top scorer in Jesse Marsch’s team with 23 goals after 25 league appearances.

The Zambia international disclosed that the presence of his compatriot Enock Mwepu has earned Die Mozartstadter support from the African country.

“Right now it’s really crazy in Zambia. Most of the time people ask, ‘how can we get the jerseys?’

“He [Haaland] made sure he left us in a very good position – so it was now up to us, up to me also, to take the responsibility.

“It has always been there but this time it was kind of different. When you’re given this kind of opportunity, you have to utilise it and grab it with both your hands and I felt like this is the time now.”

Before Daka, Liverpool duo Sadio Mane and Naby Keita are some of the established stars that rose through the ranks at Salzburg.

The 21-year-old, who was crowned the 2017 Caf Young Player of Year, was spotted by former Mali and Sevilla striker Frederic Kanoute during a continental youth tournament, and he said playing for the Austrian club is an opportunity.

“After we went for the under-17 Africa Cup, that’s when he saw me and he contacted my club manager,” he added.

“I was then with Kafue Celtic and we started talking. That’s how we finally got to meet and that’s how he also gave me the opportunity to come to Europe.

“I think it has been proven. Look at the likes of Sadio Mane, Naby Keita and Minamino – a lot of players that have played here really excelled.

“The club gives opportunities to every person, so I feel for me to be here is a blessing and I also want to utilise this opportunity.”

'It will be fantastic to wear Fiorentina shirt' - Kouame

Mon Jun 15 , 2020
The Ivorian forward has not been able to get any minutes on the pitch since November 2019 because of an anterior cruciate ligament injury Christian Kouame has stated how “fantastic” it would be to make his Fiorentina debut whenever he is fit. The 22-year old Ivory Coast international has been […] 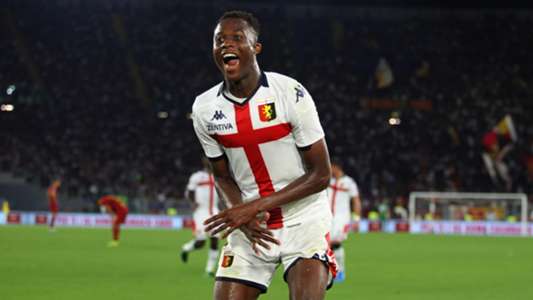