Abby Dahlkemper has been an “unbelievable addition” for Manchester City, says captain Steph Houghton, who has added that she is “full of admiration” for her new defensive partner.

The 27-year-old has already established herself in fine form at the back for Gareth Taylor’s side, as they continue to engage in a title tussle with Chelsea, and Houghton has now praised her ability to adapt to her new surroundings with such skill and aplomb.

Editors’ Picks
What has Houghton said?

“Abby’s fitted straight in,” the England captain told City’s official website. “To have a player of that quality – with her experience of winning big games, playing for the United States’ national team – is an unbelievable addition to our squad.

“She’s been good over the last few games. It takes time: learning how each other plays but I’m full of admiration for how she plays the game.

“As a back four, we all work well together – whoever is playing. It’s about all of us making sure that – no matter who is playing – we try to concede as little as possible, playing the right way.

“Hopefully, we’ll continue to develop that relationship over the course of the season.”

The former North Carolina Courage star has played three games already for her new club, and has so far impressed.

City have taken nine points from a possible nine against West Ham, Manchester United and Arsenal, and Dahlkemper’s partnership with Houghton has seen just one goal conceded.

Dahlkemper previously hailed City’s setup while on international duty, crediting her new squad for helping to engineer a smooth transition.

“I can’t say enough good things about the environment and the coaches,” she stated. “I’m very thankful to be given the opportunity to play in England with City.”

Dahlkemper will have further chances to affirm the astuteness of her capture when City return to European action next month.

The club will face Fiorentina in the first leg of their Champions League last-16 clash, as they look to end Lyon’s five-season hold on the trophy.

They will also hope to usurp Chelsea at the summit of the Women’s Super League, currently trailing the Blues by five points with a game in hard.

Sat Feb 20 , 2021
The Romanian-Hungarian coach foresees a brighter season for Chennaiyin next season… Chennaiyin FC are all set to play their final game of the 2020-21 Indian Super League (ISL) campaign on Sunday against Kerala Blasters.  With 19 points from 19 games, the Marina Machans are currently eighth on the table and are out […] 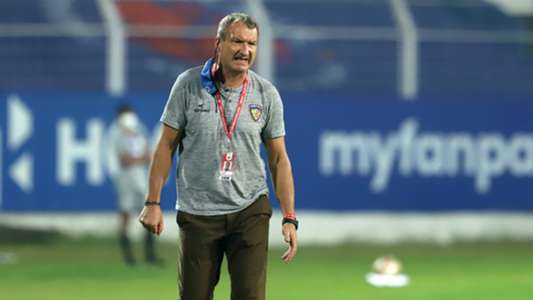