Simba SC coach Didier Gomez Da Rosa has stated they are going for nothing less than three points when they face Biashara United in a Mainland Premier League match at Karume Stadium on Wednesday.

The Msimbazi were not involved in last weekend’s league matches as they were in the Democratic Republic of the Congo where they managed to beat AS Vita Club 1-0 in their first Group A match in the Caf Champions League.

Having returned home on Monday from DR Congo, Simba will now shift focus to domestic action, where their last match ended in a 2-2 draw against Azam FC at Benjamin Mkapa Stadium in Dar es Salaam.

And awaiting them is Biashara United, a game the Frenchman has said they have to do everything to win so as to reduce the gap between them and table toppers Yanga SC.

“I know it will be a tough and competitive game but I have told the players that we need three points, it doesn’t matter how, we have to win the game because of the situation on the table,” Da Rosa told reporters in Dar es Salaam on Tuesday.

“The biggest thing is that a win will get us back on track, we drew our last game [2-2] and it somehow slowed down our chase, we need to catch up with the team at the top, it is the reason we have to fight on the field and get a win.”

Da Rosa has also urged Simba fans to attend the match and push the players to victory.

“We need their support [fans], we cannot leave them out, they should come and support us, we want them to push the team since the league is now heading into a very crucial stage.”

While Simba are eyeing three points from Biashara United, the team’s head coach and Kenyan Francis Baraza has different ideas.

The former Tusker coach has said his team is ready to beat Simba.

“I have a strong belief in my players and I know we have prepared well for the match, I am sure they will not let me down,” Baraza told reporters.

“I know Simba very well, I know the kind of game they play, I know they have the best squad around. We will not fear them though, we only respect them for what they have achieved but we also have equally good players who can win us the game.”

Simba are currently second on the 18-team league table with 39 points from 17 matches while Biashara United are fourth on 32 points.

Tue Feb 16 , 2021
The ex-Buccaneers striker challenges coach Josef Zinnbauer to field his ‘strongest possible line-up’ when they welcome the Botswana champions Former Orlando Pirates forward Andries Sebola says it would be “poor mentality” for the Soweto giants to go easy on Jwaneng Galaxy whom they host in Sunday’s Caf Confederation Cup play-off, […] 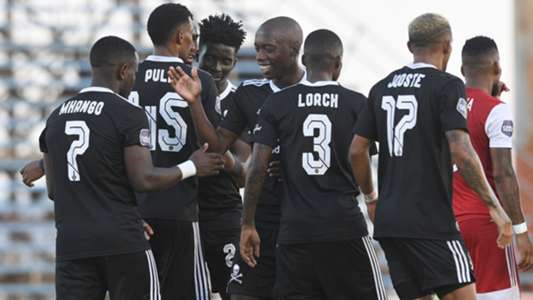