Simba SC coach Didier Gomes Da Rosa has stated they have taken a big step towards retaining the Mainland Premier League after their comfortable 3-1 win against Dodoma Jiji on Tuesday.

The Msimbazi giants registered their fifth straight win in a span of 14 days after goals from Chris Mugalu (2) and Luis Miquissone ensured they ran away winners at Benjamin Mkapa Stadium.

The win has left the French tactician a delighted man and he has told Goal they have now made a huge step towards winning a fourth straight league title as they opened a gap of four points at the top of the table.

“It was an important match, a very key match for us because we took the first position on the table after our three straight wins away and it was important today [Tuesday] to take three points to open the gap, to make the difference with our followers,” Da Rosa told Goal.

“It was an important match but what I can say is my players were also tired because we played our fifth match after 14 days, so we have five wins and it is very interesting and I think we have taken a big step to go and take the trophy.”

On his part, Simba assistant coach Selemani Matola echoed Da Rosa’s sentiments insisting despite the boys displaying a poor show in the first half, they were the better side in the second period and deserved to win the game.

“Our first half was not good, we created many chances and the boys could not convert them into goals, but I think our players took the first casually as they looked relaxed,” Matola told Goal.

“But in the second half, somehow the team increased the tempo and looked more dangerous than the previous half and created chances and also scored goals, but I also want to thank the players for the win because we have now played five matches in 14 days and they must be tired.

“The fatigue is taking a toll on them but they have still proved they can get us a good result, so they deserve to be praised, but all we needed from the match is the three points and we got the points.”

The win saw Simba reach 61 points from 25 matches, four more than second-placed Yanga SC, who have 57 from 27 matches while Azam FC are third on 54 points from 28 outings.

Simba will now shift their focus to the domestic cup title defence when they come up against Kagera Sugar at Mkapa Stadium on Saturday.

Bbosa: Express FC respect Onduparaka FC but ‘we have to win’

Wed Apr 28 , 2021
The veteran tactician rallies the Red Eagles to be wary of the Caterpillars when the two sides face off in the top-flight match Express FC coach Wasswa Bbosa has stated they have prepared well to get maximum points against Onduparaka FC in a Ugandan Premier League match on Wednesday. The […] 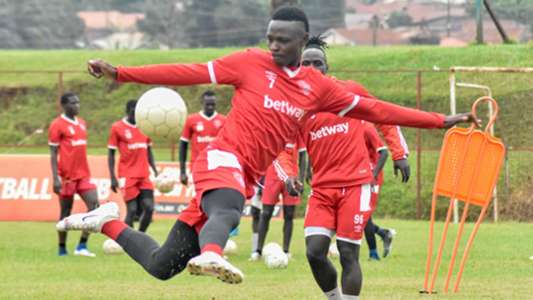