Despite being handed a chance to score from the spot, the Dube Birds went on to lose their first match of the season

TS Galaxy coach Owen Da Gama feels Swallows FC’s good run in the Premier Soccer League was due to penalties being awarded to them by referees.

Swallows succumbed to their first league defeat of the season when they lost 2-1 to TS Galaxy at Mbombela Stadium in Tuesday’s PSL encounter.

After Ruzaigh Gamildien converted his fifth penalty of the season five minutes into the second half, the Dube Birds went on to fall to late goals by Lindokuhle Mbatha and Bevan Fransman.

“It was always going to be tough. I think Swallows have had five or six penalties this season, a lot of penalties and we knew we are up against it,” Da Gama told TS Galaxy’s media.

“So we are very happy with the result and I must say hats off to the technical team and most importantly to the players and the support staff. The nice thing about TS Galaxy is all about the completeness of the team. Everybody plays a small role in the team but it affects the results.

“Everybody, the backroom staff, the video [analysis guys]. This victory is for everybody.”

The result saw Swallows drop to fourth position on the standings from third spot.

This was also after the Soweto side was kicked out of the Nedbank Cup by Tshakhuma Tsha Madzivhandila last Friday.

The defeat followed a five-match streak of sharing the spoils in PSL games.

Wed Mar 3 , 2021
The Citizens boss was very impressed with the Algerian’s stellar display against Wolves on Tuesday night Riyad Mahrez has “a special quality” according to Manchester City manager Pep Guardiola, who claims his recent games have been ‘outstanding’. Mahrez has been a revelation since his £60m move to Etihad Stadium from […] 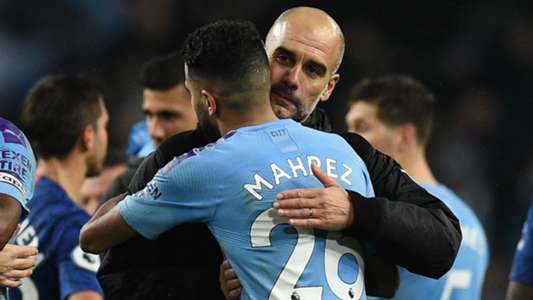