After signing Nikola Milutinov and keeping Mike James, CSKA is ready for another big move signing Baskonia’s player, Tornike Shengelia. According to reports from SDNA, coach Itoudis and CSKA have come to an agreement with the player.

Before Shengelia becomes a CSKA player the Russian club has to pay a buy-out to Baskonia of approximately 1,5M euros. According to SDNA, the player’s buy-out will be covered by the Russian club and the player will sign a three-year contract with CSKA.

Although it seems that we have a done deal, Nikos Varlas of Eurohoops, reports that the deal of Shengelia’s buy-out is not done yet and that both sides have been negotiating for weeks now coming close to a final deal.

‼️Baskonia – CSKA deal for the buy out is not done yet. Both sides are negotiating for weeks and now they are pretty close. If they reach agreement in principle, then Tornike Shengelia will sign a strong 3-year contract with CSKA Moscow

— Varlas Nikos (@nikosvarlas) June 15, 2020 Previous articleBill Russell jumps OVER a guy from near the FT Line

Mon Jun 15 , 2020
Wekundu wa Msimbazi were held by their visitors in the top tier game played at the National Stadium in Dar es Salaam Simba SC winger Francis Kahata believes his side was punished by Ruvu Shooting for failing to capitalise on chances created. The Tanzania Mainland League leaders restarted their campaign to […] 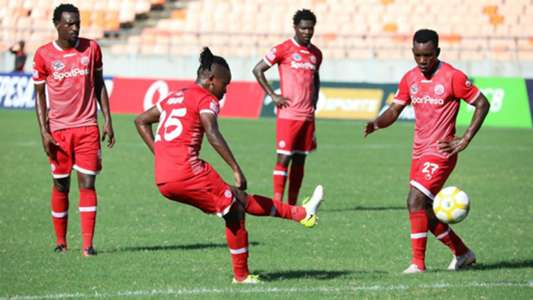