Manuel Lanzarote will be part of the matchday squad against Hyderabad FC but will not make it into the first 11 and coach Csaba László shared his reasons for the same.

The Spaniard has joined the south Indian club in the January transfer window after Rafael Crivellaro picked up an injury following a tackle by Pronay Halder on December 29th, 2020.

“He’s out of quarantine but we have to see. It’s not easy for someone who hasn’t trained for 14 days. I will talk to him and decide whether he will be part of the squad or not but definitely not part of the first 11,” said the former Lithuania national coach, who also mentioned that midfielder Anirudh Thapa is still recovering from an injury.

Chennaiyin FC trail Hyderabad by three points on the Indian Super League (ISL) standings and suffered a humiliating 4-1 defeat at the hands of the Nizams. László wants his team to show heart and be competitive on the field which would certainly go a long way in helping them get positive results.

“It’s a game in which we are three points behind. We played really bad football against Hyderabad the last time and we know that we have to change this. The result is very important. Professional football is always about results, but I don’t want to see that we lose without heart, will and spirit because you can’t win every game.

“I think every single game in the ISL has been competitive. Every single team has a chance to be in the top four and everybody feels the pressure. For us against Hyderabad, it won’t be a simple game. We have to do a lot for this. At the end of the day, the players who are on the pitch have to show desire. If you see the target, you have to go for it,” remarked László.

He once again mentioned that a couple of positive results will hand his team the momentum going into the business end of the season. Although they were disappointed with the injury time winner by David Williams against ATK Mohun Bagan, his side put in a strong shift against league leaders Mumbai City FC to pick an important point.

“We have to win two or three games in a row to put ourselves in a position on the table. This is our target and the target of other teams also. You know Hyderabad is a team that has beaten us very badly (4-1). It was very painful, not just because we lost but because we conceded four goals. We had bad moments in the game which is not usual for my team. I always tell my team ‘sometimes you get a game where nothing works as it should be’. We have to show that this was really a bad day for us and we can do better.

“A win will stabilise our team because we had a very painful defeat (1-0 loss) against ATK [Mohun Bagan where the winner was scored] in extra time. We conceded a very easy goal. After that, I am proud about the players because against Mumbai City (1-1 draw), we showed that the team has spirit and this is the kind of spirit I want to see in tomorrow’s game,” said László.

Sat Jan 30 , 2021
Posta Rangers head coach Sammy Omollo is hopeful his team will collect their second FKF Premier League win against AFC Leopards on Saturday. While Ingwe have collected five wins and two losses from the seven games they have played, the Mailmen have managed to get seven wins from nine league […] 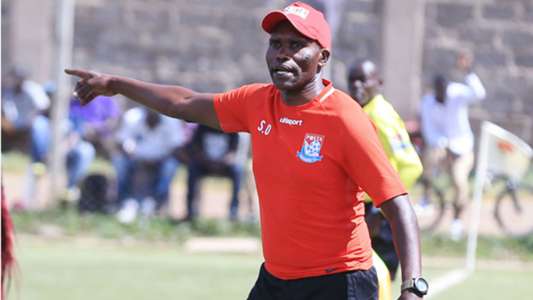