Chennaiyin FC have been amongst the most creative teams this season in the Indian Super League (ISL). Except for the game against NorthEast United, they have dominated every opposition and have been let down by poor finishing, bad refereeing and not being able to defend set-piece situations.

They have created goalscoring opportunities aplenty and have been one of the entertaining teams to watch this term.

However, coach Csaba László pointed that while his team are doing the difficult part easily – which is to create chances, they haven’t been able to convert the same.

“We are working on it, especially with players who have scored goals or taken the shots, like [Lallianzuala] Chhangte or even Jakub Sylvestr. Hopefully, we can create the same amount of chances and score even more goals than until now.

“I think, in football, it’s more difficult to create chances than to score. I want to play in the same way that we have until now and I am really confident. I know the boys will score (more) goals. Let’s say that the confidence must be there in a player,” said the former Uganda national team coach.

László mentioned that being in a bio-secure bubble has helped his cause as he has been able to spend more time with his players and explain the finer intricacies better. He also called for players from different positions to score as that would ease the burden on just the strikers.

“Maybe the bubble helped because I have more time to talk and show videos and explain what we can do better but motivation is always [done] individually. Sometimes with people telling that if you score one goal, it will be easier to score the next. I hope this is true and Jakub will score more and more.

“On the other hand, I want that our goals come from different positions. We are not so far but for this you need some more time and quality. Generally, I am pleased with the way the players are responding in training,” said the 56-year-old.

Chennaiyin FC could possibly be without their talismanic skipper Rafael Crivellaro, who picked up an injury after being hacked down by Pronay Halder in their last match against ATK Mohun Bagan. However, the good news is that Esma Goncalves, better known as Isma, is back to full fitness.

“The medical staff are working with him. He has a diagnostic test tomorrow (Monday) after which we will be sure what injury he has. Isma is back and that’s good news. Germanpreet (Singh) is also more or less fit, maybe not game fit,” he said.

The former Lithuania national team coach highlighted the importance of being mentally strong, an important aspect which is often ignored. He also spoke on how players who haven’t played in the ISL need more time to adapt and be comfortable, and the time frame to achieve it depends on player-to-player.

“We kick the ball with the leg, we don’t touch the ball, but generally football is also a mental game. You always ask your body how strong you are mentally, not just physically because both aspects are very important.

“After you also change players tactically in the eleven, some new players come in who have not played in the ISL. So, these players also have some pressure. Generally, if you put everything together, I can tell you that this will take a little more time but how long? I hope in the next game we can score three goals from 15 chances, I am already satisfied,” he mentioned.

Chennaiyin FC have been guilty of giving away cheap goals from set-piece situations despite the presence of several players who are strong aerially in their starting eleven.

“We are working on it. We conceded all together seven goals, five from set-pieces. The last game was a clean-sheet and we have to continue in this way. We have good players who can defend,” he spoke in defence of his players.

With clubs looking to strengthen or offload players in January to further streamline their squads, the Chennaiyin FC coach isn’t excited with the new possibilities and explained his reasons for the same.

“Unfortunately, this season, even if you wish to sign some players, it’s not very easy because we are playing in a bubble. All these circumstances don’t give you the chance to pick the right player. Also, after two weeks quarantine and then to adapt to the actual situation, it’s not easy for anybody. I don’t just want to bring in a player but the right player to fit in my system,” he stated.

Hyderabad FC suffered a 2-1 loss to FC Goa in their last match, a game in which they dominated but eventually conceded two late goals to drop three points. László shared his thoughts on Manuel Marquez’s side and believes that with the return of their injured foreign players, their head coach will have more options to choose which will help improve the overall quality in the team.

“You saw the last two games [of Hyderabad]. They play really compact. They were very unlucky in the loss against Goa but I also think that every team must be careful to play against them. Now they have the foreigners back after their injury problems which also gives the coach more choice and quality in their game,” pointed László.

'Seeing them in the mix is good for the game' - Man Utd are Liverpool's main rivals for Premier League title, says Murphy

Sun Jan 3 , 2021
The former Anfield star is pleased to see the Red Devils going “toe to toe” with his old club at the top of the English top-flight again Danny Murphy believes Manchester United are Liverpool’s main rivals for the Premier League, insisting it is “good for the game” for the 13-time […] 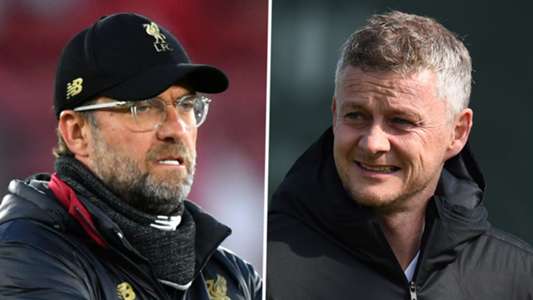