The Ivorian put Roy Hodgson’s men ahead at the King Power Stadium, albeit, the Eagles bowed 2-1 after full time.

Following his latest effort, the 28-year-old has now been involved in seven goals in his last seven outings against the Foxes, scoring six and assisting one.

7 – Wilfried Zaha has been involved in seven goals in his last seven Premier League appearances against Leicester, scoring six and assisting one. Hunter. #LEICRY

His first goal against Leicester City was on December 16, 2017 – a game Palace triumphed 3-0 away from home.

With this, the East Midlands based outfit has now become one of his favourite teams since his debut in the English elite division.

Also, only Harry Kane (14), Dwight Yorke (8) and Andrew Cole (7) have netted more English elite division goals against the Foxes than the winger.

The former Manchester United man lined up in attack alongside Christian Benteke as Hodgson’s side was looking to return to winning ways after bowing 4-1 to Chelsea their last time out.

As it proved a strong start for the visitors, Zaha put them ahead in the 12th minute after benefitting from a pass from Anglo-Nigerian Eberechi Eze.

In the second half, the hosts came back stronger and restored parity in the 50th minute after Timothy Castagne converted a pass from Kelechi Iheanacho.

“At half-time, we were looking good, and hoping that we could kill the game,” a disappointed Hodgson told media after the game per Crystal Palace website.

“The equalising goal came a bit too quickly for my liking of course, but even then we got back into the game and we were working very hard.

“We missed a very good chance for the second goal. It was very disappointing to lose the match with 10 minutes to go.

“It wasn’t exactly a gift we presented them as it was a fine goal, but it’s still disappointing to lose the match in that nature.”

Tue Apr 27 , 2021
The 18-year-old attacking sensation was on target twice as Eldad Shavit’s men played a draw versus Afula on Monday Peter Olawale was Hapoel Ra’anana’s hero having scored twice in Monday’s thrilling 3-3 draw with Hapoel Afula in a relegation play-off game played at the National Stadium Ramat Gan. The Nigeria […] 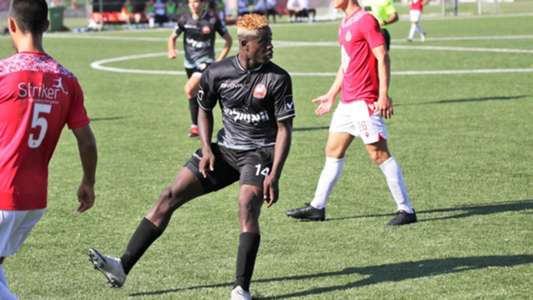