Crystal Palace manager Roy Hodgson has urged his side to prove they can win games without Wilfried Zaha.

The Selhurst Park outfit have struggled to secure positive results whenever the Ivory Coast international is not playing and in their last Premier League outing, they lost to Leeds United.

Zaha last featured for the Eagles in their victory over Newcastle United on February 2 due to a muscle injury problem he suffered.

Hodgson revealed the 28-year-old forward is not yet fit and will not be involved in their clash against Burnley on Saturday.

The English tactician has called on his side to prove they have all it takes to win matches without the influential Ivory Coast international.

“It’s only one week into his muscle injury. So we’re anticipating it will take more time than that for him to recover,” Hodgson said in a press conference.

“Statistics can prove that we win fewer games when he’s not playing. As a result, he deserves all the plaudits he’s rightly received during his time at the club, for helping us get the results we get.

“If you are a player who is not playing every week, and you’re watching Wilf get all the plaudits, and then when he doesn’t play and you do, the results don’t go the way you want them to go, you have to read: ‘they can’t win without Wilfried Zaha.’

“It’s up to those players who are on the receiving end of those comments and criticisms to get out there and prove that…we aren’t totally dependent on him. The only way that’s going to happen is if we start winning games when he’s not there.

“It’s a very simple mindset. We have a squad of 25 players, and only 11 can play. If you’re one of the 14 that are not playing, your mindset should be simple: I want to play, I want to prove that I’m a very good Premier League player too.

“It’s a mindset that all the players through the years have wanted, and it’s: ‘let me show you what I can do.’”

Zaha has played 20 games across all competitions for Crystal Palace this season, scoring nine goals and providing two assists.

Fri Feb 12 , 2021
The Red Devils boss is a huge admirer of the striker’s talents and continues to track his career closely Ole Gunnar Solskjaer admits he is following the progress of Erling Haaland and has not ruled out making a move for the Borussia Dortmund star. Haaland has developed into one of the […] 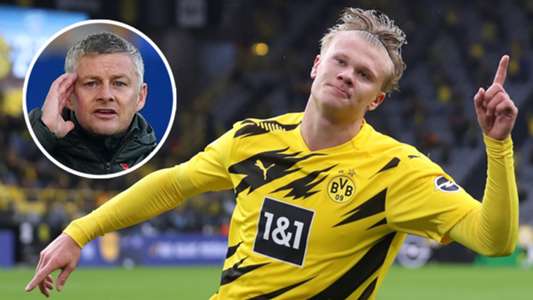