Crystal Palace manager Roy Hodgson has not ruled out a possible senior debut for youth attacker of Ghanaian descent Jusurun Rak-Sakyi as he showered praise on the teenager.

The 18-year-old, who primarily plays for The Eagles’ U18 and U23 sides made significant progress in his development as he was named on the bench for Saturday’s Premier League clash with Chelsea.

It was his first time making the final matchday squad.

“It’s not impossible [for Rak-Sakyi to make his debut before the end of the season]. Unfortunately, you’ve got to go back a long way, almost before my time in the Premier League, in the ‘90s, where you actually gave away a few positions in the team at the end of the season just to give someone a run-out or to give a couple of players a bit of extra rest,” Hodgson said, as reported by his club’s official website.

“I’ve got a feeling those days are gone because each Premier League game is of such vital importance.

“But if he continues to impress us as he’s doing – he plays in a wide area where there’s competition and it’s competition he feels he can handle – who knows, maybe he’ll do so well we’ll decide our best team in these last games is one with him in it.

“But he’s got to get ahead of some players we really do believe in and really do appreciate.”

Before making the bench for Saturday’s game, Rak-Sakyi travelled with the Palace squad for the preceding 1-1 away draw with Everton but he failed to find a place in the starting team and bench.

“He’s dealt with it [stepping up] very well. For such a young man he’s shown remarkable maturity and remarkable sangfroid,” Hodgson opined.

“Coming into a group of senior players that he’s probably only watched from the terraces before, you wouldn’t notice that with his performances in the training sessions where he’s really taken the responsibility that he’s capable of taking.

“Everyone’s taken to him and been appreciative of him and what he can do so it’s nice we’ve been able to have him with us in a situation where a vacancy has occurred because we’ve had enough senior players out of our squad to not be able to fill our 20-man quota.

“I’m very pleased with him, very pleased for him and we believe at Crystal Palace that he has a big future and will get better and better.”

The winger joined Palace in 2019 after failing to earn a scholarship deal at Chelsea.

“He’s certainly started in the right way because being thrown-in to first-team training – because we still had eight or nine of our first-teamers with us last week [the international break] – for him to come in and make the impression he’s made and get the senior players all around him to appreciate his talents is no mean achievement,” Hodgson concluded.

Rak-Sakyi’s promise has been promptly rewarded as he signed a first professional deal on Monday.

“It’s a very big moment in my life, something I have been working towards since I started playing football and I’m just happy and grateful that I’ve come this far. I just want to keep pushing on,” said the teenager.

Born to Ghanaian parents in the UK, the attacker remains eligible to play for Ghana at international level.

Barcelona 'stabbed in the back' in deal that took Vinicius to Real Madrid, claims Blaugrana's scout in South America

Mon Apr 12 , 2021
The Camp Nou giants believed they had a deal in place to sign the promising Brazilian forward, only to see him end up at Santiago Bernabeu Barcelona were “stabbed in the back” when Vinicius Junior moved to Europe, claims the Blaugrana’s former head scout in South America, with those at Camp […] 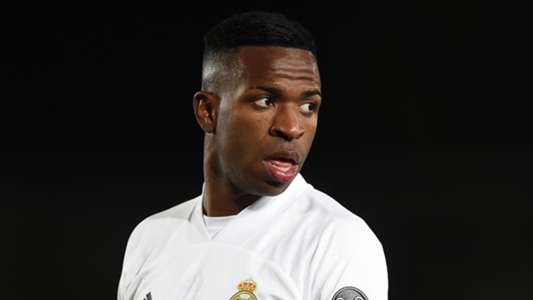