To maintain their unbeaten form, Payne was drafted into the starting line-up and featured for 80-minutes on her 18th start of the campaign.

During her spell in Thursday’s encounter, the Nigerian-American winger provided huge influence for her Seville-based outfit as they claimed a vital point at home, off high-flying Real Madrid.

After Lucia cancelled out Lorena Navarro opener to share the spoils, the manager was thrilled to see the 25-year-old forward make such a stunning impact defensively in the cagey duel with Real.

“I am happy with the team’s disposition and the collective work,” said after the game.

“We know that the team that comes to our field has to suffer to win us or to get something and today we gave the form that we want as a team, competitive, supportive, of efforts.

“It is a point that counts little by some situation we had, but it has a lot of merits also knowing the rival that it was.

“Work by Toni [Payne] and Carla [Armengol] helped a lot in defence were very important, therefore also the changes in order to have fresh people.

“I’m happy because I can’t ask the team for more as it has been showing many positive things during the season.

“It is to congratulate them and continue in this line of wanting to improve results and also collectively.”

The draw means Sevilla are eighth on the log with 28 points from 20 matches and will face Valencia in their next league match on March 7.

Having earned her maiden Nigeria call-up, the former US youth international will hope to make her debut for the African champions against Uzbekistan at the Turkish Women’s Cup on February 20.

Bayern Munich beat Liverpool and Chelsea to signing of Upamecano

Fri Feb 12 , 2021
The France international has snubbed interest from the Premier League to join the Bavarian giants Bayern Munich have agreed a deal to sign defender Dayot Upamecano from RB Leipzig, sporting director Hasan Salihamidzic has confirmed. The European champions will pay a €42.5 million (£37m/$51m) release clause to land the France international, […] 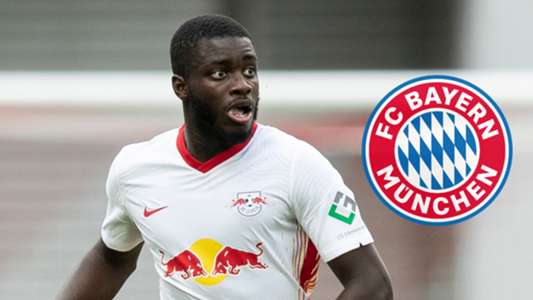