The Reds legend is not convinced that a goal threat from deep would aid Jurgen Klopp’s cause, despite so much being expected from his front three

Philippe Coutinho would “most likely be brilliant” back at Liverpool, says John Barnes, but the Reds legend is not convinced that a goalscoring midfielder is needed at Anfield.

Jurgen Klopp’s side have been enduring uncharacteristic struggles in the final third of late, with just one goal recorded through their last three Premier League outings.

Only two points have been collected from those fixtures, with end product drying up for the likes of Sadio Mane, Roberto Firmino and Mohamed Salah.

Liverpool have been so reliant on their front three during a period of domestic dominance that any drop off from that unit hits the collective cause hard.

The goals certainly have not been spread around enough in the 2020-21 campaign, with Takumi Minamino, Diogo Jota and Curtis Jones the only others to have netted more than once this term.

It could be argued that added threat from deep, such as that once provided by Brazil international Coutinho, would aid efforts on Merseyside, but Barnes is not convinced.

He has told BonusCodeBets: “Well, when we had a Coutinho-type of player we finished 20-odd points off the top.

“So, although a Coutinho-type player may chip in with goals, which would create a completely different style of play, as a result the front three would score less.

“Personally, I don’t think it works with a midfield player scoring goals when the front three want to continue scoring the same level of goals as they’re used to as it’ll uproot the balance.

“And, Liverpool have managed to create a great balance and harmony amongst the players so I wouldn’t recommend to change that any time soon.

“If Coutinho came back, he would most likely be brilliant, but I don’t think the front three would be scoring as many goals, nor would they have the same impact, which a team like Liverpool needs.

Liverpool have moved back to the top of the Premier League table without having a goal-getting playmaker in their ranks, but the chasing pack have reeled them in and Barnes expects another thrilling fight to the finish.

He added on the battle for domestic supremacy: “Although this season is much more unpredictable than the previous one, Man City is most definitely Liverpool’s biggest threat.

“At the moment, Man Utd can go on top of us if they get a point, but I think over the season, and of course we’re not even halfway yet, a lot can happen and I do think it’ll end up being Liverpool and Man City battling it out.

“Liverpool still terrify teams when they pour forward and they very much have got that winning mentality in mind.

“And if you go to the bookies, they’re not going to tell you that Man Utd are favourites. They’re going to say Liverpool and City are still the two favourites and, in my opinion, they very much are.”

Wed Jan 6 , 2021
The full-back has made his way back to Germany for the remainder of the 2020-21 campaign, but he’s not sure what his team-mate’s next move will be Arsenal loanee Sead Kolasinac has addressed speculation over Mesut Ozil’s future while opening up on his return to Schalke. Kolasinac rejoined Schalke last […] 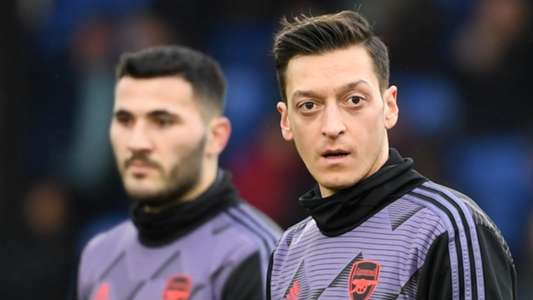