Philippe Coutinho “wants to come back to the Premier League”, according to his agent Kia Joorabchian, who says the Barcelona outcast “adores” English football.

Coutinho completed a £142 million ($183m) move to Barca from Liverpool in January 2018, bringing to an end a hugely impressive five-year spell at Anfield.

The Brazil international picked up a La Liga winners’ medal during his first full season at Camp Nou, but failed to reproduce his best form while shrinking in the shadow of star duo Lionel Messi and Luis Suarez.

Coutinho was ultimately deemed surplus to requirements ahead of the 2019-20 campaign, and Bayern snapped him up on a season-long loan.

The 28-year-old has shown glimpses of the form he produced on a regular basis for Liverpool at Allianz Arena, but the Bundesliga giants are expected to pass up the chance to sign him permanently.

Joorabchian has now revealed that a number of clubs are keeping an eye on his client’s situation ahead of the summer transfer window.

The super-agent says that, although Coutinho has not yet given up on his career at Barca, he would welcome the chance to return to the Premier League if he is forced out of Camp Nou at the end of the season.

“Because the Champions League runs until August 23, it’s going to be very difficult for players like Coutinho to make any commitments or moves before then,” Joorabchian told talkSPORT.

“For him to make a commitment is very difficult.

“We’ve not kept it a secret that he wants to come back to the Premier League if he can.

“He adores playing in the Premier League and I think it’s one of his priorities, but he’s also not against staying in Barcelona so it’s very open.

“There’s a lot of genuine interest because he’s a great player, so there’s always interest.”

Joorabchian added on the possibility of another big-money move for Coutinho amid the coronavirus crisis: “I don’t envisage too many deals of that nature – 80 to 100 million. There will be a lot of 10 to 30 or 40 million.”

Coutinho’s last appearance for Bayern came during a 4-2 DFB Cup final victory over Bayer Leverkusen on July 4, and he could be in line to feature when Hansi Flick’s side take on Chelsea in the second leg of their round of 16 Champions League tie next month.

Valencia: Javi Gracia knows where he stands at Valencia

Tue Jul 28 , 2020
Valencia Has experience with various types of owners P. OrtegaMARCA New Valencia coach Javi Gracia is well versed in working at clubs where the hierarchy like to be involved in the day-to-day footballing aspects of the team. During his time in Greece and at Malaga, Rubin Kazan and Watford, he has […] 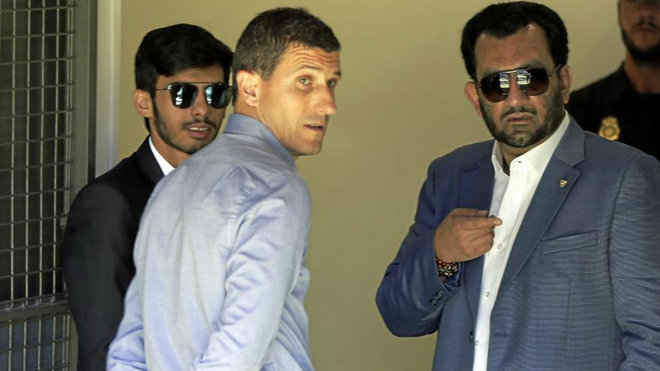