The 31-year-old has inked a deal with Al Shabab, despite a number of Premier League sides needing to add goal threat in a bid for safety

As is often the case with pleasant dreams, Odion Ighalo’s time at Manchester United ended with something of an anti-climax.

What had started with such warmth and goodwill 12 months prior – the eminently gratifying story of a childhood fan attaining the seemingly impossible – tailed off into nothing at all, as excitement and expectation gave way to drab reality.

Of his 23 appearances for the Red Devils over the course of his loan (he scored five times), only five came in the 2020/21 season; an eye-watering 78 percent of his playing total in terms of minutes coming in the second half of the previous campaign. This fits perfectly with the general theme: he was brought in as a temporary stopgap, and as soon as United acquired the services of Edinson Cavani, he became a largely superfluous presence about the place.

It also feeds the prevailing notion that he should have opted against extending the initial six-month loan period. In fairness, certain considerations may have forced his hand, not least of which was the situation with the coronavirus pandemic and how tenable a return to mainland China would have been in the circumstance.

Most crucially, however, was perhaps the fact the initial loan period actually went better than even he might have hoped.

While not a starter by any stretch, Ighalo popped up with important goals when he was afforded minutes in the Europa League and the FA Cup.

That gave the lie to the sense that, in heading out to China, he was finished as a serious factor on the biggest stage, and may have ultimately convinced him of the utility of sticking around a little longer, if only to remain in the shop window for a move back to English football.

That is a bet that has not come off, with the striker now turning out for Saudi Arabian side Al Shabab. While it is one of the biggest clubs in the country, it is impossible not to wonder if Ighalo could not have done better.

At 31, he is hardly a relic. And while his quality may not have been quite at the level required by a club of Manchester United’s standing, his stint at Old Trafford demonstrated that, on his day, he was well capable of rising to the challenge of excellence.

Physically, the former Nigeria is not significantly diminished, and his hunger – if the motivation is right – has not waned.

So maybe the top half of the Premier League might have been a stretch.

However, could the likes of Fulham, Brighton and Hove Albion and West Bromwich Albion, all of whom have been undermined (albeit to varying degrees) by their inability to find the back of the net, have taken a punt on a proven international?

The Cottagers and the Baggies signed Josh Maja and Mbaye Diagne respectively, both fine players in their own rights, but neither likely to move the needle significantly or boasting the Premier League experience of Ighalo.

Basically, he could have done a job still for any number of teams in the English pyramid, excluding the top half of the Premier League table.

Failing that, a move to, say, Major League Soccer could have been fruitful. It is a well-worn path for Premier League forwards just starting to dip, and has been trodden by the likes of Wayne Rooney and Javier Hernandez, among others. With MLS’s growing profile, it is the sort of environment within which a new purpose can be found, and a career can be prolonged.

Saudi Arabia just feels, conversely, like a culmination rather than a stop-over, and suggests an acceptance on Ighalo’s part of his own decline.

One final money move, which for a professional footballer is fair enough. Viewed another way, it seems eminently logical: having lived his gilded dream, what more might he have been expected to strive for?

It is now back to reality; and reality’s currency is rather greener and more mundane.

Thu Feb 11 , 2021
The Kericho-based team has collected two points from the eight games they have played this season Zoo FC head coach Herman Iswekha believes his charges have ‘a big problem’ in the attacking department after another poor performance which led to their loss against Sofapaka. Lawrence Juma and Kephwa Aswani struck […] 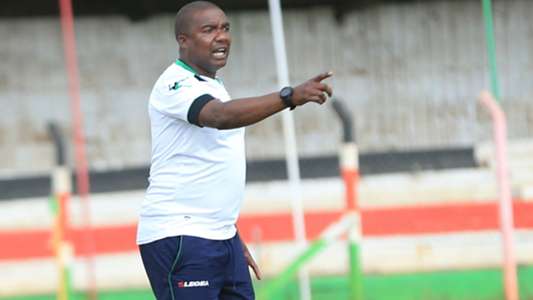