Highlands Park midfielder Reneilwe Letsholonyane says he wants to help his club qualify for the top eight and is excited the games are finally back, after it was confirmed on Monday that the season will resume on August 8.

‘Yeye’, however, says many of his colleagues are yet to know their futures because there is a lot of uncertainty around player contracts and the next transfer window.

The former Kaizer Chiefs midfielder recently signed a short-term deal with the Lions of the North that will see him finish the current campaign with coach Owen Da Gama’s men, although his future beyond that is undecided.

“Now that the games are back I’m sure everyone that is involved in football is excited. The news we heard yesterday [Monday] brings hope and that the players and the technical teams can now prepare for the games,” Letsholonyane told Goal.

“It’s different when you train and not knowing when the games will begin but it’s better now. We will now start working towards finishing the remaining games and that’s good news.

“Definitely [we want to finish in the top eight] but what’s important is to do better than last season. We need to better this time and we are fully focusing on qualifying for the top eight once again.”

Speaking about many of his colleagues facing uncertainty as far as their futures are concerned, the former SuperSport United playmaker hopes there will be clarity on when the next transfer window opens.

“Yeah, you can start to prepare for the next season but that’s up until we know about the dates or the confirmation of when will the next transfer window open,” he added.

“We know we will start next month but we don’t know when will the window open and it’s frustrating for many of my colleagues.

“So, for now, I can say the focus would rather be on the conclusion of the league games and the season up until you know for sure what’s going to happen with the season in terms of planning for the next one regarding the next move and so on.”

The current PSL campaign was forcefully halted in March following the outbreak of the coronavirus pandemic, but it has been confirmed the current campaign will be wrapped up in September, with all the games played in Gauteng.

“We will plan properly after the completion of the season. It’s unfortunate that we are in this situation, we have issues with contracts and many of my colleagues are affected and some don’t have jobs now,” continued the former Bafana Bafana international.

“They can’t do anything because this is a disaster and it’s unfortunate because they have families to provide for, support and without a job during this difficult period is not an ideal situation.

“It’s challenging for many of my colleagues, now that there’s confirmation of the resumption of the games, we just have to wait again for other dates when it comes to the transfer window just before we start the new season.

“There’s a lot that still needs to confirmed and clarified but all in all I am happy the season will be completed.”

Ranking every Liverpool player by their 2019-20 points per game: Keita second

Tue Jul 28 , 2020
Quick Reads Share Planet Football 28th July 2020 Liverpool romped to their first title in 30 years in 2019-20, winning the Premier League with a whopping 99 points. After finishing second last season, the Reds got even stronger and cruised to the Premier League title, breaking all sorts of records in […] 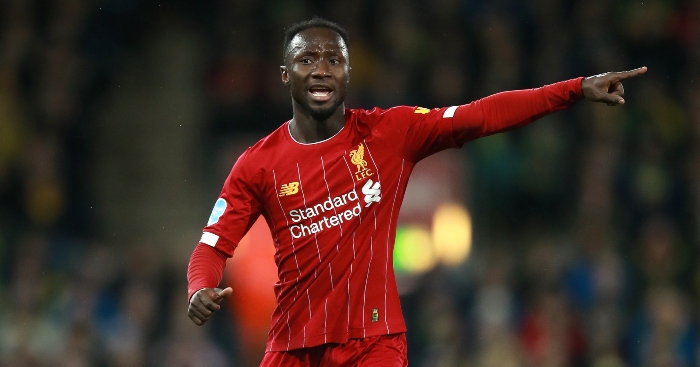