The Ghana Football Association has rescinded its decision permitting fans back attending Premier League matches, amid concerns about the nation’s rising number of positive coronavirus tests.

In March last year, the national government banned spectatorship at matches following the outbreak of the pandemic. The decision was, however, reviewed in January this year with a resolution allowing an intake of up to 25 per cent of stadium capacity.

Owing to concerns about the lack of complete adherence to the directive by clubs and Ghana’s increasing number of coronavirus active cases in recent times, a new decision has been announced.

“The Executive Council of the Ghana Football Association (GFA) has decided to restrict fan patronage at all football games for the next four weeks. This directive is with immediate effect, beginning from Saturday, February 13, 2021,” the GFA have said in a publication on its official website.

“This according to the Executive Council, will afford the GFA enough time to put in place remedial measures to make the various stadia safe for fans and consumers of football in our bid to help the government in the fight against the pandemic.

“As a result, the GFA intends to use the four-week period to strategize and re-engage before opening up the various centres to the public.

“Clubs are encouraged to use the period to train stewards who will be directly responsible for fan conduct in our quest to observe the social distancing protocol.

“The public is hereby informed that this directive does not include the continental games involving Asante Kotoko SC.”

Hearts of Oak, Medeama and Karela United have all copped temporary home bans as the GFA Disciplinary Committee investigates a reported violation of Covid-19 protocols.

The GPL, which resumed in November last year after an eight-month coronavirus-forced interval, has reached the matchday 14 stage. Kotoko currently lead the table.

According to the Ghana Health Service official website, the nation currently has 7,754 active cases of coronavirus, with 771 of the cases classified as “new”.

A total of 518 deaths have been recorded in the country so far since the first case was confirmed last year. The number of confirmed cases and recoveries/discharges stand at 75,118 and 66,846, respectively.

Sat Feb 13 , 2021
The government has confirmed fans will not be allowed to watch K’Ogalo face the visiting pensioners in the first leg meeting The Kenyan government has turned down a request by Gor Mahia to have fans attend their Caf Confederation Cup play-off first leg fixture against Napsa Stars on Sunday. The […] 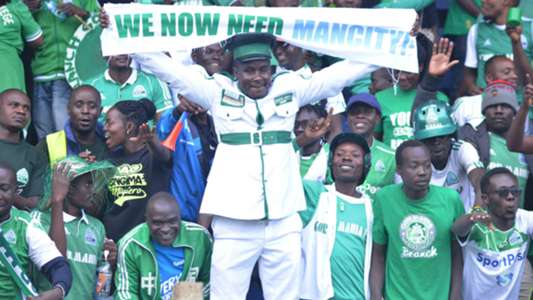