Former Ghana international Mallam Yahaya is backing calls for the continuation of the 2019-20 domestic football season amid the coronavirus challenges.

All competitions have been on hold since a national ban on public gatherings, including sporting and religious events, came into effect as part of measures to curb the spread of the disease on March 15.

There have since been divided opinions about whether the season should be cancelled altogether in favour of a new term in August/September or a continuation of the current term when safe to do so.

Premier League (GPL) side Medeama are among the sides to have called for the continuation of the campaign.

“Some people want the league cancelled but for me I want it to be continued,” Yahaya, currently an assistant coach of Premier League side Karela United, said as reported by Footballmadeinghana.

“I was expecting the Covid-19 pandemic to delay the restart of the Europeans league. But they are back playing.

“The government and GFA should just put the measure to allow football to return. Washing hands, using sanitizers and after training wash your hands again.

“Now the fear is not as it used to be before and movement is going on like nothing has happened. Why can’t we play?”

The men and women’s Premier League and FA Cup competitions remain the biggest domestic competitions in the West African nation.

Ghana’s ban on all contact sports, including football, remains in effect until at least July 31.

The Ghana Football Association (GFA) has set a June 30 deadline to make a final decision on the future of the 2019-20 Ghana football season in the wake of the disruptions.

Recently, the GFA, through the Ghana Ministry of Youth and Sports (MoYS), made a proposal to the national government for a possible prompt return of football under conditions such as playing of matches behind closed doors.

The request was, however, turned down.

The championship was at the matchweek 15 stage – with Aduana Stars leading the table – when the competition was brought to a halt.

Germany, England, Spain and Italy have all resumed their domestic leagues after similar coronavirus-induced suspensions.

Fri Jun 19 , 2020
The Gunners sit ninth in the Premier League ahead of Saturday’s trip to Brighton and know that European football will be key in attracting top talent Mikel Arteta says that Arsenal’s achievements between now and the end of the season will have a major impact on how the club can operate in the […] 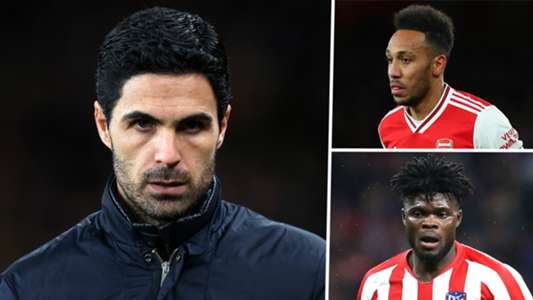