Member of Parliament Allan Ssewanyana has explained why Moses Magogo should not run for the Federation of Uganda Football Associations presidency.

Magogo stated his desire to retain his seat in the upcoming elections, a contest that Ssewanyana has already declared an interest in. The Makindye Division West MP has now labelled Magogo as a convict who is not eligible to stand for public office.

“He is a convict under the Fifa code of ethics statutes and served both sentences. His tenure prior to the conviction was marred with corruption,” Ssewanyana said as per Sports Nation.

“He has failed to stir Fufa ahead of these legal battles. Fufa is not transparent and laws are only made to close out any possible challengers to the presidency.

“He should step aside at the end of his tenure as he is still under investigations.”

The politician also explained why he fits the bill to lead Fufa instead.

“I am presenting myself as a candidate for the position of Fufa president at the next general assembly,” Ssewanyana explained.

“We must make football an enjoyable environment for every stakeholder including myself, players, investors, coaches, sponsors, media and fans.”

Ssewanyana also revisited the resale of the 2014 World Cup tickets, a scandal that clouded Magogo’s administration a few years ago.

“Magogo entered a plea bargain under article 67 paragraph 1 of the Fifa code of ethics,” explained Ssewanyana.

“This means that he pleaded guilty and was banned from football for the next two months.

“However, he attended a football match between Uganda and Malawi during that same period. I petitioned Fifa again and we are still waiting for their decision.

“Through my lawyers, I also locally petitioned sports minister Janet Museveni who then ordered the inspectorate of government to investigate the resale of the World Cup tickets. Despite Police recording my statement in presence of my lawyer, nothing has been done.”

Magogo will be running for a third term in office as he ran in 2013 and 2017, where he was an unopposed candidate after Ssewanyana’s candidacy was not accepted on technicalities in the latter polls.

Barcelona vs Aucas: How to watch Ecuador Serie A matches

Mon Apr 12 , 2021
The hosts need a quick response after going down to their first defeat of the season at the weekend and surrendering sole control of the summit Serie A is the top level of football in Ecuador, with 16 teams from across the country fighting it out in the 2021 edition […] 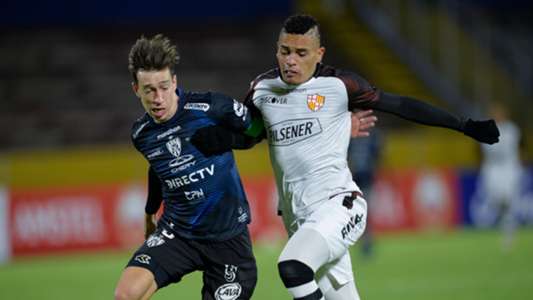