After a goalless first half, Omar Boraafya opened the scoring in favour of the Soldiers in the 49th minute. Oscar Wamalwa doubled the advantage from the penalty spot four minutes later to ensure his team got maximum points.

The Harambee Star conceded Batoto ba Mungu lost concentration after the break and they went on to pay the price.

“We managed to hold them well in the first half and did not concede any goal,” Kibwage told Goal on Sunday.

“But after the break, we lost concentration and conceded early and the goal spoiled the plan we had. Then conceding the penalty less than five minutes after conceding the first goal was untimely.

“It killed our morale completely considering the fact that we had to score three goals, which did not happen, to win the game.”

Prior to the game, head coach Ken Odhiambo had stated the 2009 champions were targeting back-to-back wins, something that has not happened this season for his charges.

Kibwage has commented on the issue as well, insisting the team is on the right track and will get better.

“We are giving our best to get consecutive wins; actually we had targeted the same on Friday,” the former KCB and AFC Leopards defender continued.

“But since it did not work, we have to build another one in our next game. The team is growing every day and we are slowly getting in order. I believe we can only get better.”

Batoto ba Mungu are targeting winning the title this season despite their inconsistencies. They are currently placed 10th on the table with 14 points from the 11 games they have played.

The Nairobi-based charges have managed to get four wins, two draws, and five losses. They have also scored 14 goals and conceded 15 in the process and will be hoping to have a better outing when they play KCB in their next game.

Ibrahimovic and Lukaku have a responsibility to football, insists AC Milan legend Seedorf

Sun Feb 21 , 2021
A Rossoneri great hopes the pair “have reflected” on their confrontation during the last Derby della Madonnina Zlatan Ibrahimovic and Romelu Lukaku have a “responsibility” to football, according to Clarence Seedorf, who doesn’t want two “giants” of the game to come to blows again when Inter and AC Milan face […] 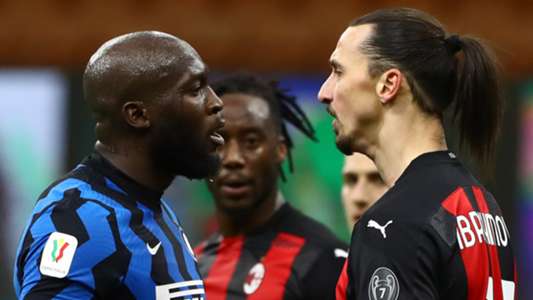