Kingsley Coman has revealed his Bayern Munich team-mates tease him because he is afraid of heading the ball.

The 24-year-old – who won the Champions League final with a strong header in August – admitted he has to shut his eyes when going up to strike the ball.

“It’s just the way it is that I get a bit frightened of heading the ball, and my team-mates make fun of me over it,” Coman told Bild.

“You can see it in the pictures. I closed my eyes for the header. It’s instinctive – a natural reflex. I always try to keep my eyes open, but at the last moment I always have this reflex.”

The goal that won the Champions League for Bayern Munich 🏆

His crucial effort against Paris Saint-Germain aside, Coman has never been the most prolific wide player.

His tally of 10 goals in 2018-19 was the only time he has reached double figures in a season but, with five to his name this campaign, it is a benchmark that he is on course to match.

Coman once admitted he was never likely to be a ‘killer’ in front of goal, though it is an area of his game he would surely like to improve.

“I’ve had to be more present in front of goal and I’m creating more chances,” he told Le Parisien in 2019.

“I love creating goals. But I know that scoring is very important. So I’m strict with myself and I try to be more egotistical.”

They closed out a historic year with a 2-1 win over Bayer Leverkusen on December 19, overtaking Peter Bosz’s side to finish 2020 in their customary spot at the top of the table.

Bayern have six league fixtures to negotiate in January, starting at home to second-bottom Mainz, with a DFB-Pokal fixture against second-tier Holstein Kiel also on the schedule.

Sat Jan 2 , 2021
The forward came on later as the Cranes fought to register a 1-1 draw against the former African champions Uganda striker Muhammad Shaban has stated they learnt a lot from their pre-African Nations Championship engagement against Cameroon on Friday. The Cranes and the Indomitable Lions played to a 1-1 draw […] 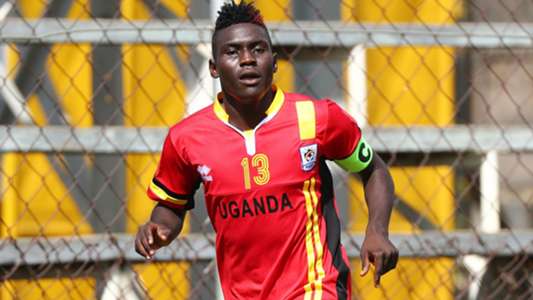