Azam FC’s slim hopes of winning the Tanzania Mainland League title suffered a major blow as they fell 2-1 away to Coastal Union at Mkwakwani, Tanga on Thursday evening.

Haji Ugando and Hamad Majimengi scored for the hosts while Daniel Amoah scored the lone goal for the Ice-cream Makers.

The 2014 champions came into the match hoping to get maximum points and reduce the gap between them and the run-away leaders as well as second-placed reigning champions Simba SC.

However, they were shocked by a decent start from their hosts who were hungry for goals.

In the ninth minute, the Chamazi-based side conceded a penalty after good pressing by the Coastal side. The defenders were beaten and the goalkeeper had to stop the opponents from scoring, but he committed a foul in the process leaving the referee with no option but to award a penalty.

Ugando stepped up to put the ball past Mathias Kigonya in Azam’s goal.

It was the first penalty the Ugandan was conceding after stopping Clatous Chama last weekend in the 2-2 draw with Wekundu wa Msimbazi.

The 2014 champions managed to level the scores in the 36th minute. They won a corner which was brought in and the goalkeeper punched it as far as Amoah who connected the ball into an empty net.

Individual brilliance won the hosts the game in the 55th minute. Majimengi danced his way past the defenders before unleashing an unstoppable shot past Kigonya to hand his team maximum points.

It became worse for Azam when Mudathir Yahya was sent off with seconds to go.

In another game played on Thursday, Kagera Sugar settled for a 1-1 draw with Gwambina FC.

The Sugar Millers scored their first goal in the sixth minute when David Luhende picked Yusuf Mhilu in the danger zone, and the Taifa Star did not hesitate to put the ball in the back of the net.

But in the stoppages, Meshack Ibrahim connected the Paul Nonga pass to ensure his team picked a point on the road. It was a reward for their hard work in the second half of the game.

After Thursday’s draw, Kagera are on 23 points while Gwambina have 20.

Thu Feb 11 , 2021
The Frenchman’s agent has declared “I will do what I have to do” with regard’s to his client’s future amid persistent transfer rumours Mino Raiola has refused to rule out a potential return to Serie A for Paul Pogba, while claiming “people get nervous” when he talks about the Manchester […] 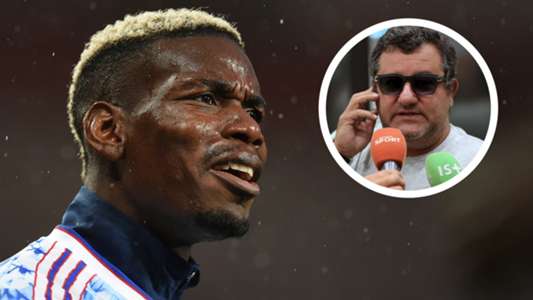