Gernot Rohr has expressed his delight with coaching the Nigeria national team, praising the players for their show of respect towards him.

The 67-year-old has been in charge of the West African side since 2016 and has achieved success with the Super Eagles.

The German tactician helped the three-time African champions qualify for the 2018 World Cup in Russia with ease.

Rohr also guided the West African side to the 2019 Africa Cup of Nations in Egypt, where they finished third at the continental competition.

The German tactician has had an opportunity of coaching a number of Nigerian players in the course of his job including former Chelsea midfielder John Obi Mikel.

Rohr has revealed his experience with the players, eulogizing them for their respect for him and for their prompt obedience.

“There are so many different footballers and people in Nigeria and they all have to form a team that is marching in the same direction. It’s a very interesting task. I still enjoy it,” Rohr said in the podcast “Leadertalk” with German television channel Sport1.

“You have to be ready to be inspired everywhere, to be able to adapt, not to be afraid of new things. It takes tolerance but also hard work.”

“In Nigeria, the players have a lot of respect for the personality of the coach. They are very obedient.

“The elderly enjoy a lot of respect here. They are not just deported to homes, they stay in the family and are always listened to. That’s wonderful.

“The older people get, the more respect they get. It’s nice to see how the players implement this, including the big stars like Obi Mikel, Victor Moses or Vincent Enyeama.”

Rohr returned to Nigeria this month after he went on vacation and has started preparing for the 2022 Africa Cup of Nations qualifiers in March.

Nigeria lead Group L table with eight points after playing a back-to-back draw with Sierra Leon in their last outing in November.

The German tactician will hope to guide his side to victory over the Republic of Benin and Lesotho and seal a place at the Afcon tournament in Cameroon.

Sun Feb 21 , 2021
Play-off contenders Hyderabad are set to face possibly their toughest test this season with the Mariners in the best of forms Hyderabad need a win to better their chances of qualifying for the 2020-21 Indian Super League (ISL), while ATK Mohun Bagan need a win to be named the ISL League […] 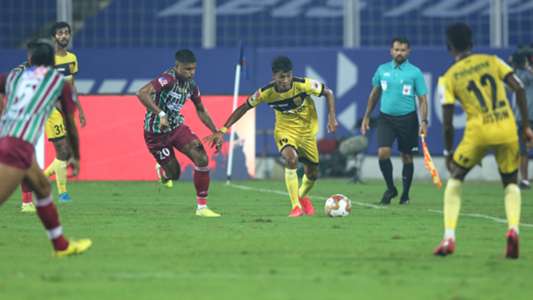