Federation of Uganda Football Associations president Moses Magogo has left the future of head coach Johnathan McKinstry lying in the hands of a technical team.

Magogo revealed the performance of the Northern Irish coach is currently under review by the technical team who will give a final report on the assessment.

McKinstry found himself under intense criticism after Uganda were eliminated at the group stage of the African Nations Championship in Cameroon.

They finished at the bottom of their group after losing to Morocco and Togo, and drawn Rwanda 0-0 in their opening game.

“There is an evaluation which is going on, and I always listen to my technical people, even during the appointments, my job is to say yes or no,” Magogo said as was quoted by Sports Nation.

“I am not saying we are going to fire him or not, but the fact is that there is an evaluation ongoing.

“At the moment, we are taking stock of what he has done since he arrived here and whatever the technical report that will come to us in the next few days, we will come out with a final decision.

“And as Fufa, we are not shy with our decision, we will come out and say that we have discontinued our engagement or we are giving him approval. I have my personal view as Uganda fan but I believe that the technical people are better in analysing.”

Magogo revisited how he stood with the previous coaches, Milutin ‘Micho’ Sredojevic and Sebastien Desabre, who were later sacked despite helping the team qualify for Afcon finals.

“When the technical people have done their evaluation, I have also come out clear,” the Caf Executive Committee member added.

“When they wanted to fire Micho, I came out and said that he should be given more time and I was later justified. I said the same during Desabre’s early days when results were not coming, and I am proud of my decision.”

After elimination, Uganda are set to focus on African Cup of Nations qualification as two games against Burkina Faso and Malawi remains.

The junior sides – the Hippos and the Cubs – are preparing to feature in the Afcon U20 and U17 editions competitions, respectively.

Mon Feb 8 , 2021
The Red Devils have seen their number one fall back under the spotlight following his forgettable display in a 3-3 draw with Everton Ole Gunnar Solskjaer says David de Gea must “earn his place” at Manchester United, with another error-prone performance from the Spaniard against Everton leading to calls for […] 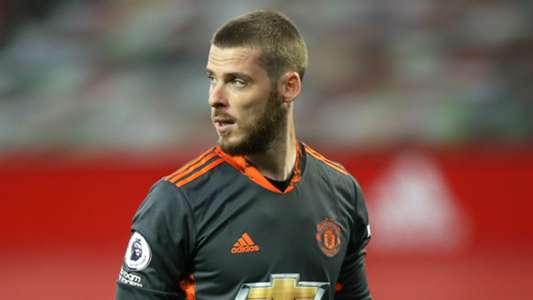