Goal has the ultimate guide for the next iteration of the FIFA Club World Cup, which is due to take place in February 2021 featuring Bayern Munich

The 17th edition of the FIFA Club World Cup begun in February 2021 after the tournament had been pushed back from its original start date in December 2020 due to the Covid-19 pandemic.

The title of Club World Cup champion will be won by knockout tournament, featuring global winners of continental club competitions.

2019 winners Liverpool will be unable to defend their title as they failed to win the 2020 Champions League – with Bayern Munich the UEFA representative for this year’s edition.

Goal takes a look at everything you need to know about the tournament.

The Club World Cup is a knockout tournament that involves the winners of the six continental confederations, as well as the host nation’s league champions, to name the international club world champion.

It is not considered as prestigious a competition as the likes of the Champions League, but due to its global nature, it is still a top honour for clubs.

The tournament has evolved over the years, as from 1960 to 2004, UEFA and CONMEBOL played the Intercontinental Cup – involving the winners of the Champions League and the Copa Libertadores meeting in a one-off final.

FIFA then introduced the Club World Cup in 2000, though multiple issues delayed its inaugural competition until 2005.

This year, the Club World Cup will take place in Qatar, ahead of the country’s host duties for the 2022 World Cup.

The 2020 Club World Cup will be the final edition played in its current state after FIFA confirmed their plans of revamping it for the 2021 edition, with a view to expand the competition to 24 teams .

Bayern Munich (UEFA) will be participating in the competition following their 2020-21 Champions League victory.

Palmeiras (CONMEBOL), the victors of the 2020 Copa Libertadores.

Auckland City (OCF) were set to take part, but withdrew due to Covid-19 complications.

Which venues will be used for the 2020 Club World Cup?

All three stadiums are set to host matches at the 2022 World Cup.

In the United States, the Fox Sports network will broadcast games from the Club World Cup.

The BBC is broadcasting games live on its Red Button service as well as streaming online through the BBC iPlayer.

How to buy tickets to the 2020 Club World Cup

Club World Cup tickets were available exclusively through FIFA channels, but access was limited due to the global public health situation.

Anyone wishing to attend the games in Qatar will need to either have been vaccinated against Covid-19 or produce a negative Covid-19 test.

Changes to visas and entry requirements in the middle of January saw further restrictions imposed on international travellers, with only individuals who possess valid Qatar IDS, GCC citizens or people with exceptional entry permits allowed into the country.

Fri Feb 5 , 2021
The German coach has made a good start at Stamford Bridge and the former midfielder thinks he will do well in England if his ideas take hold Thomas Tuchel can create “a new era” at Chelsea if he is given enough time to implement all his ideas and philosophies at […] 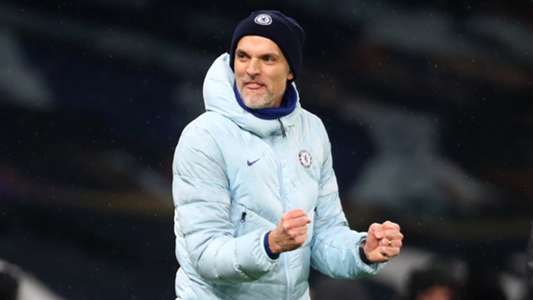