The Mexican giants defeated Atlas 2-0, but that result has been reversed after an administrative error was discovered

Club America have been hit with a three-point penalty for fielding an ineligible player on their bench for Saturday’s 2-0 win against Atlas.

America named Federico Vinas on their bench and although the 22-year-old did not enter the match, Liga MX still doled out the penalty as he was not registered by the club.

The match was awarded to Atlas via a 3-0 forfeit, with America saying they will appeal the decision.

Editors’ Picks
What did America say?

In a statement posted on Twitter, the club took responsibility for the mistake and offered an apology to their fans, coaching staff and players for an “unacceptable” mistake.

America did, however, insist that the penalty was “disproportionate” to the offence, and said that they would be appealing the decision.

The club, coached by former Real Madrid star Santiago Solari, were in first place in the Liga MX table before the three-point penalty dropped them down to third, two points behind new leaders Cruz Azul.

America are still well positioned to finish in the top four and advance to the quarter-final stage of the Liguilla – the post-season play-offs.

The top four teams in Liga MX advance directly to the quarter-finals while teams in positions 5 to 12 advance to a play-off round, with the winners of the four ties also reaching the last eight stage.

America have played seven of 17 fixtures and will take on Pachuca on Saturday in matchday eight. 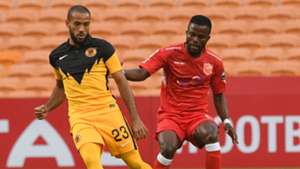