Mamelodi Sundowns custodian Denis Onyango has taken to his social media platforms to appreciate a farewell party organised by some of his close allies in the wake of his retirement from the national team.

The veteran custodian opted to end his national team career after 16 years of service which saw him play in back-to-back Africa Cup of Nations in Gabon and Egypt respectively. Before his retirement, the 36-year-old was serving as the Uganda Cranes skipper.

“What a nice surprise it was from some of my friends based in South Africa, teammates from Uganda Cranes and Mamelodi Sundowns [Monday] evening,” Onyango posted.

“Thanks for the retirement party. Big thanks to Allan Kateregga, Samuel Celubra, and Moses Waiswa for putting this function together. I absolutely appreciate the love.”

What a nice surprise it was from some of my friends based in South Africa, teammates from Uganda Cranes & Mamelodi Sundowns last evening. Thanks for the retirement party. Big thanks to @DancingRastar, @SamuelCelubra & @KingWaiswaMoses for putting this function together. pic.twitter.com/cnc2SWX2Gw

The 35-year-old shot-stopper announced his retirement on April 12.

Having amassed over 70 caps with the Cranes since 2005, Onyango announced his retirement exactly two weeks after the East Africans failed to qualify for the 2022 Afcon finals under his captaincy.

Bobby Williamson, who worked with the player during his time as Cranes coach from 2008-2013, went on to state it was a big loss for the team.

“Onyango is a quality goalkeeper who has been very influential for the national team,” the Scot told Goal.

“He will be a very big loss; he has great experience and is a very good goalkeeper; his presence will be missed.”

However, the 59-year-old believes this is a blessing in disguise for other goalkeepers to show what they have to offer for the East African heavyweights.

“It is a fact, getting an Onyango replacement will not be easy because we all know the quality of the player,” Williamson continued.

“But we have goalkeepers who have been yearning for an opportunity to prove their worth. So Onyango’s retirement provides a massive chance for them to develop.”

The biggest highlight of the Sundowns goalkeeper’s time with Uganda was captaining them at the 2019 Afcon where he guided them to the Round of 16.

He joins Hassan Wasswa and Michael Azira who also called time on their international careers.

Tue Apr 27 , 2021
Ghana international Gideon Mensah has revealed a breach of non-disclosure agreement ended his potential move to Barcelona in 2019. In one of the most famous Ghana transfer failures in recent times, the left-back was widely reported to be close to sealing a deal with the Spanish giants until the last […] 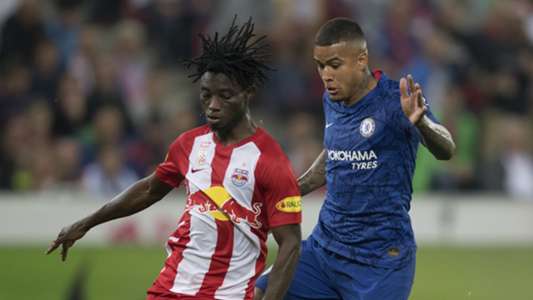